NEXT: High Resolution Photos of Jupiter with DMK 21AU04.AS

Here is a great accomplishment for the new DMK 21AU618.AS camera. One of my first images taken with this camera has been selected as Lunar Photo of the Day (LPOD August 12, 2011). The picture captures the exclusive inner most ring of the multiring Schiller Zuicchius Basin in the Moon which is only visible under certain illumination conditions. That summer hot night, the atmosphere was turbulent however, the higher sensitivity of DMK 21AU618.AS allows me to capture in IR (<742nm) under very poor seeing conditions by using a faster exposition than the used in my DMK 31AU03.AS. The result has been a crisp image besides of the huge atmospheric turbulences. 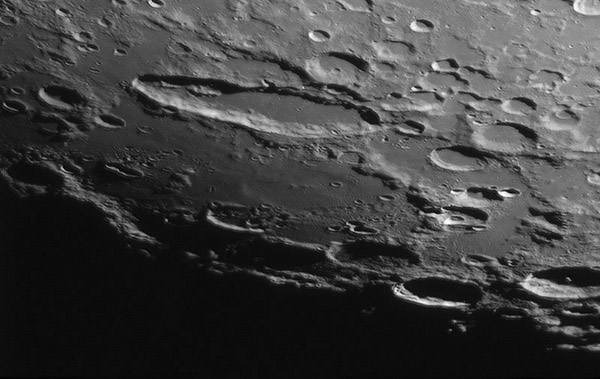 NEXT: High Resolution Photos of Jupiter with DMK 21AU04.AS
-