I took these photos in August, the second early in the morning at five o´clock a.m.. That´s not easy for me!I captured Jupiter after the transit of the "Great Red Spot", so you see the long cloudy veil behind the GRS. In the following I show the sharpest two Jupiter pictures and an animation from all seven pictures, so you see the differences in the atmospheric seeing on earth.

Another picture shows the moon Ganymed, perhaps with small detail on it? 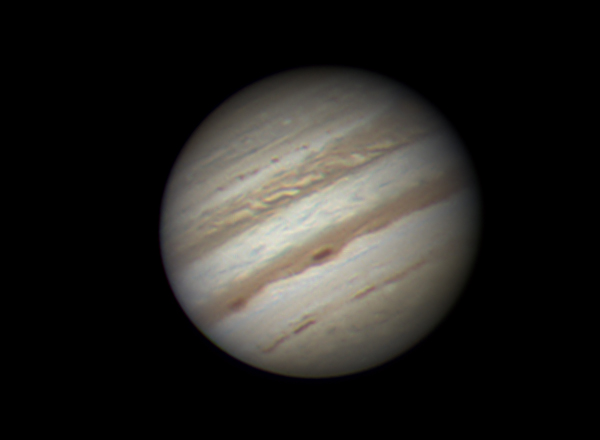 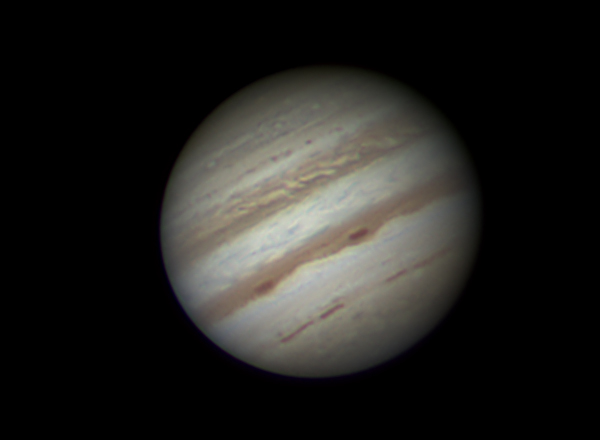 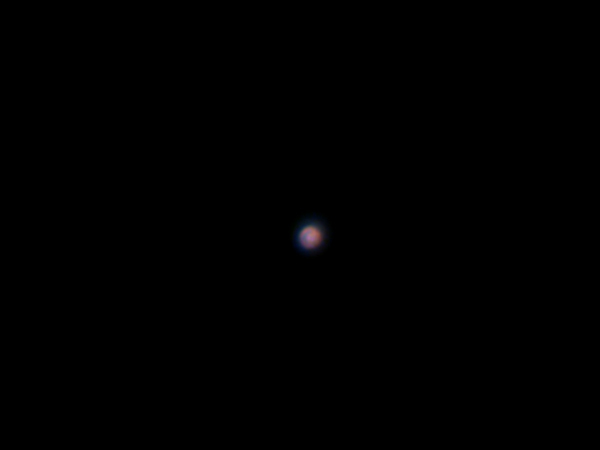