Close-up and Mosaic of the Moon

PREV: The 12 Mega-Pixel Photo of the Moon

Close-up and Mosaic of the Moon

Blogged by Xiao Sun on March 16, 2011 and tagged with Sample Images, Moon, Mosaic.

The following two images of the Moon were submitted by Fernando Rodriguez, an astrophotographer based in Florida, USA. Fernando is relatively new to this community but he has been actively contributing his astronomy photos since the beginning. 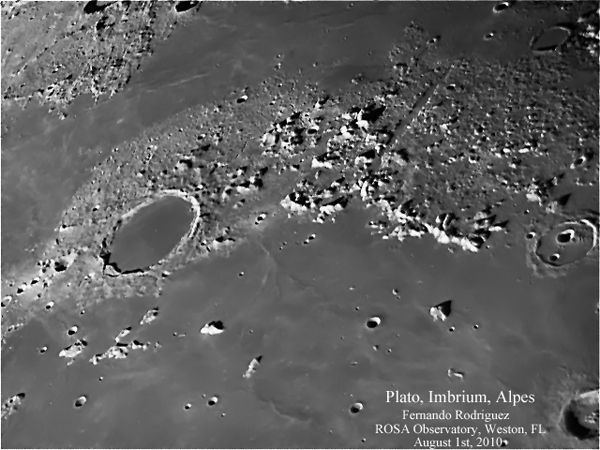 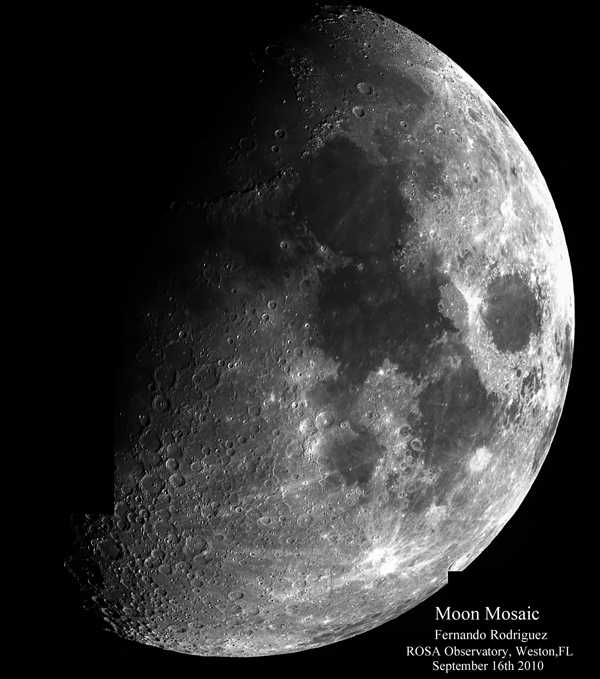 Here is a shot that gave me great joy and pain. The images shotflawlessly with my DMK 21AU04.AS. All went at 60fps. Registax and finally Imerge for the final Mosaic. Then the pain of having missed a small bit of the moon. Nevertheless, you can zoom in and get a pretty crisp and big image.

PREV: The 12 Mega-Pixel Photo of the Moon