NEXT: Pushing the Envelope of Planetary Imaging with DBK 21AF04.AS

Blogged by Xiao Sun on December 21, 2010 and tagged with Sample Images, Jupiter, Moon.

Ganymede is the third Galilean moon of Jupiter and also the largest satellite in solar system. With the diameter of 5,268 km, Ganymede is 8% larger than Mercury, though it only has 45% of Mercury's mass.

Many of our camera users have successfully taken pictures of Jupiter accompanied by this moon. The following one was captured by Daniel Chang in Hong Kong late November. His camera is DBK 21AF04.AS. 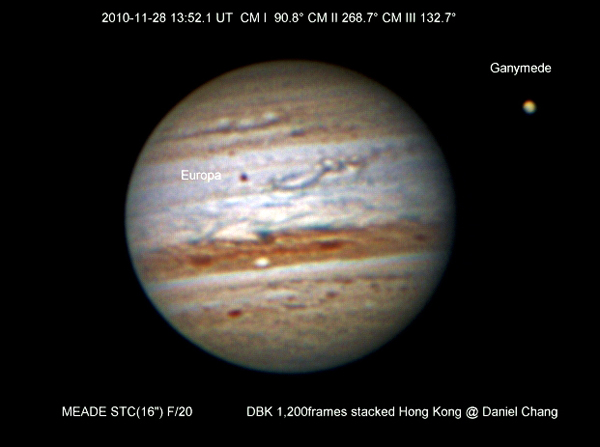 NEXT: Pushing the Envelope of Planetary Imaging with DBK 21AF04.AS
-