NEXT: Jupiter and Ganymede Photo by Daniel Chang

The following two images were sent by Theo Ramakers on 15.12.2010, one day after he took them in Social Circle, Georgia. His e-mail briefs the shot.

Today I captured an image which is almost as infrequent as the mutual events of the eclipses or occultations of the Jovian moons. It was frigid today, 20 degrees F with a windchil of 1 degree F. The skies were clear, so I wanted to make a quick image of the sun, but I noticed that the shape of the huge prominance had changed between the full sun image and the closeup. So I grabbed a few more until my fingers were too cold to operate the laptop. Once processed I realized that I had captured the eruption of a CME and that in Calcium K!! The image was taken with my PST CaK and DMK 31AU03.AS and the animation images with an additional Meade 140 2x barlow. 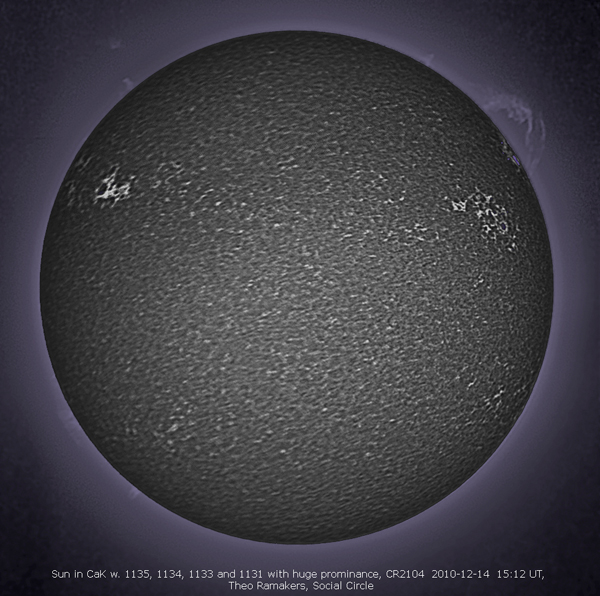 As always Theo - well done and thank you!

NEXT: Jupiter and Ganymede Photo by Daniel Chang
-