Jupiter and Uranus Images from Sweden

NEXT: Jupiter and Io in B/W

Jupiter and Uranus Images from Sweden

Blogged by Xiao Sun on September 7, 2010 and tagged with Sample Images, Jupiter, Moon.

Peter Rosén, an amateur astronomer based in Stockholm, has just sent us some more pictures of Jupiter and Uranus and detailed info on the shot. This time his cameras are DBK 41AF02.AS and Canon MkII EOS5D.

All these three pictures are zoomed out to get suited to our blog's layout. But you can open the original by clicking on each of them. 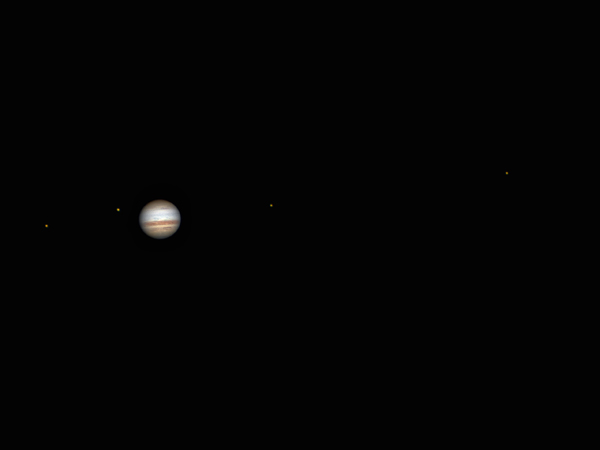 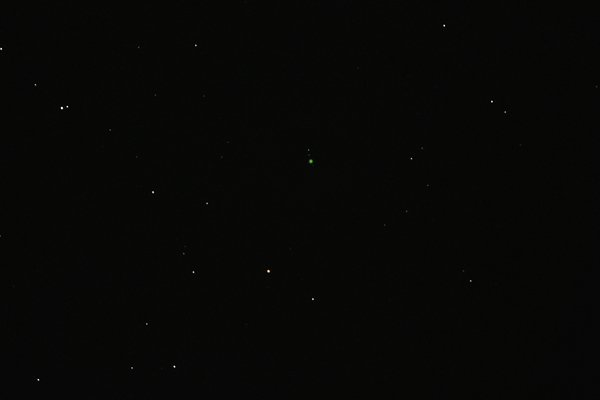 My initial idea was to take Luminance and RGB pictures with 2 camerasin succession and then make a composite, but I quickly noticed that mynew DBK 41AF02.AS color camera gave me a cleaner and sharper signal than I had expected. So I just skipped the Luminance, a step that greatly reduces the post-processing time.

This picture of Jupiter is the "first light" for my new camera. It was shot through a WO 110FLT f/6.5 with a Televue Powermate 2.5x. The moons are, from left to right, Io, Ganymedes, Europe and Callisto.

The second picture shows Uranus with 3 moons, easily identified by its blue-green color. Here in fact I shot both in Luminance and RGB, adjusting the exposure for the planet, then for the stars and finally for the moons. The final composition is made in Photoshop. The moons are Titania and Umbriel alligned above Uranus, and bellow, slightly to the right is Oberon.

Both these pictures are oriented South up as seen through a telescope.

The third image was shot with a Canon Eos5D MkII at prime focus of the WO 110FLT f/6.5. It shows the 2 planets in the same field-of-view, separated by 2°. I then inserted the 2 previous pictures by adjusting the scale and orientation. In this image, North is up as seen through binoculars.

The 2 planets will continue to move closer and be in conjuction on the 20th of september separated by 49′. Due to their retrograde movement, they will be even closer in a second conjunction on the 4th of january 2011. The separation will be 31′ wich is equivalent to the apparent diameter of the full moon.