Images of the Sun

Images of the Sun

Blogged by Xiao Sun on May 12, 2010 and tagged with Sample Images, Solar Prominence, Sun.

These two solar images were submitted by Jim Ferreira, an amateur astrophotographer based in Livermore CA, USA. Jim captured these pictures in April with his DMK 21AU04.AS astronomy camera. 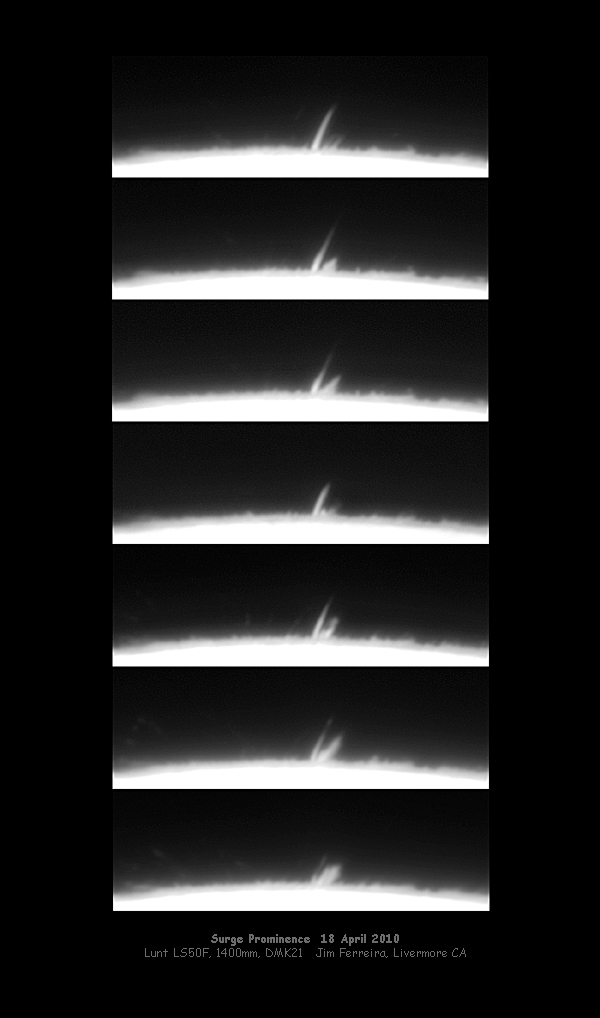 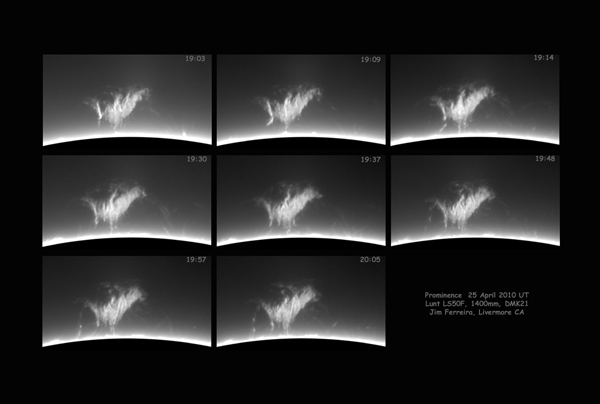 Good folks, attached are a couple images containing a series of frames showing changes in solar prominences. The large prominence sequence covers an hour, while the surge prominence sequence is less than 10 minutes. Both series were shot with a DMK 21AU04.AS using a Lunt LS50F filter on an ED refractor @ 1400mm FL, from my backyard in Livermore CA.