PREV: Images of the Sun

NEXT: Close View of the Moon

The following planetary images were submitted by Efrain Morales, a Puerto Rican astrophotographer. Efrain has been exploring the night sky with his DMK 21AF04.AS astronomy camera for years. He is also a frequent contributor to this astronomy cameraera blog. 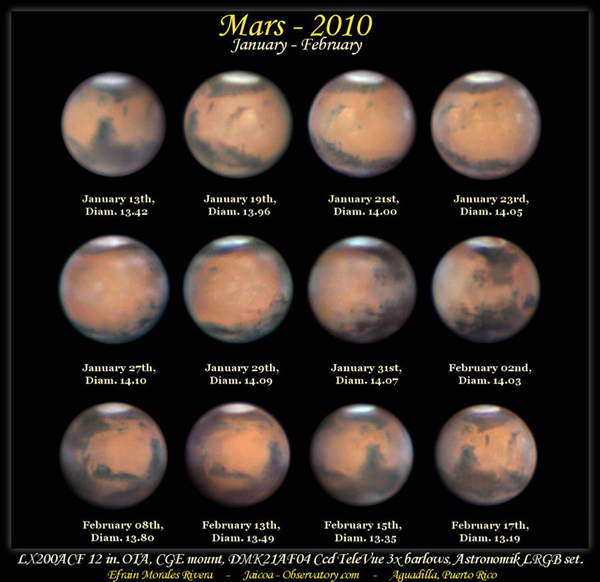 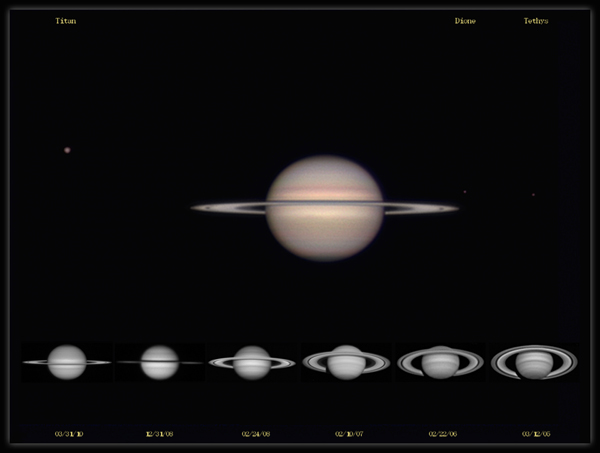 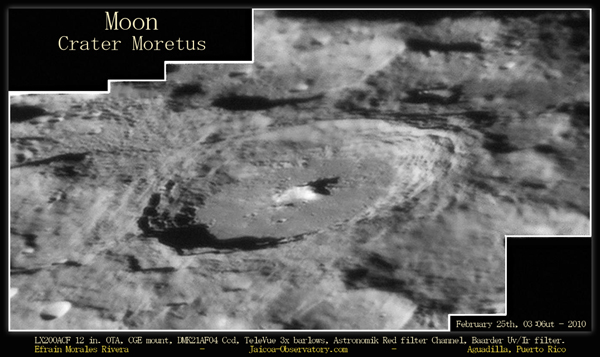 These images consist of Mars in a one month imaging cycle (January 13th thru February 17th) consisting when mars was closest to earth (27th, Jan.) and the (30th, Jan.) when closest to the Sun, Also with a storm at the north polar hood.

Second image of Saturn with some of its principle moons Titan, Dione, Tethys and a sequence of past images showing the planets angle changes.

Third image of the moon crater Moretus a close-up and a composition mosaic of four panels. All images taken with the DMK 21AF04.AS camera.

PREV: Images of the Sun

NEXT: Close View of the Moon
-