Blogged by Xiao Sun on April 21, 2010 and tagged with Sample Images.

Launched on April.05, Space Shuttle Discovery and its seven crew members have successfully accomplished Mission STS-131, and returned to earth safely on April.19. Discovery successfully undocked from ISS on April.17, and was preparing for landing on April.18, when Laurent Langelez captured the following images of the Space Shuttle. 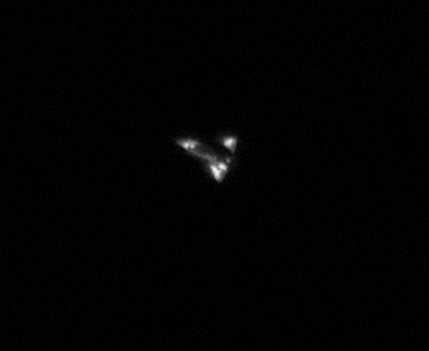 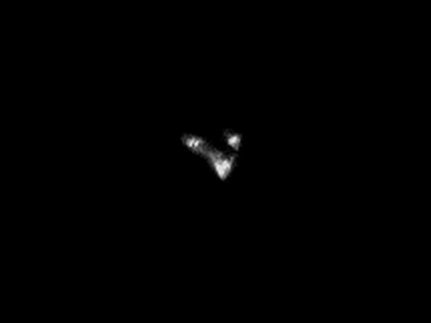 These images of Discovery were taken at 04:55 CET, April.18 from Laurent's hometown Ramicourt, about 100km north of Paris. The equipments he used include:

Processed in Registax5, stacked 10 images and zoomed to 200%.