Blogged by Xiao Sun on April 15, 2010 and tagged with Sample Images, Saturn.

This is a Saturn image submitted by Spanish amateur astronomer Javi Fuertes, from Leon, northern Spain. Javi took the picture on April 10 with his astronomy camera DBK 21AU04.AS. 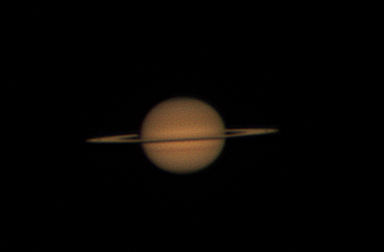 The equipments used to carry it out have been a Celestron C8 Telescope S / C on a HEQ5 GOTO, A 2X Barlow TeleVue, Baader IR-UV Filter Block and DBK 21AU04.AS astronomical camera.

The processor has been realized with the software RegiStax5 and Photoshop CS3.

My personal website where they can find other jobs with this instrumental is: http://astromundo.jimdo.com/

Thank you Javi! Feel free to send us more pictures!