We received the following Sunspot image from Australian amateur Trent McDougall. Trent took this picture with his DBK 31AU03.AS in Sydney earlier today. This is also the first astronomy image he has ever sent to us. 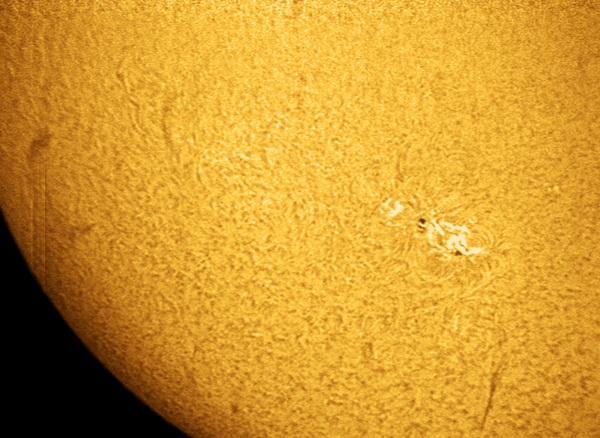 He included some tech details in the e-mail:

It is a great picture! Many thanks to Trent!