Blogged by Xiao Sun on March 17, 2010 and tagged with Sample Images.

Messier 82, or Cigar Galaxy, is a starburst galaxy 12 million light-years away in Ursa Major. It is five times as bright as the whole Milky Way. Californian amateur Ralph Ford recently captured a spectacular view of this galaxy and sent the image to us. 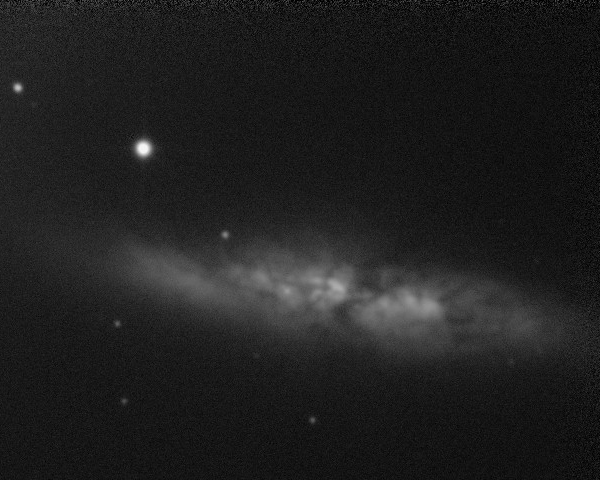 At the end of a viewing session, I connected a DBK 21AU04.AS camera to my 16″ F/46 telescope. The telescope is mounted on an equatorial platform and I had pretty good polar alignment. I was able to take 3 second exposures while keeping round stars. This image is a stack of 76 exposures. The FOV is only about 6.5′ X 5′.

Ralph has been photographing night sky with his DMK 21AU04.AS for nearly two years. Click here for more of his works on this blog. Thank you Ralph!