NEXT: Image of Sunspots

Blogged by Xiao Sun on July 8, 2009 and tagged with Community, Sun.

Pic du Midi is a project about reserving the first starry sky observation zone in Europe. It was officially launched on 11th of June and supported by PIRENE. La Clef des Etoiles, The Imaging Source' distributor in Toulouse, France, has been actively involved in the event. 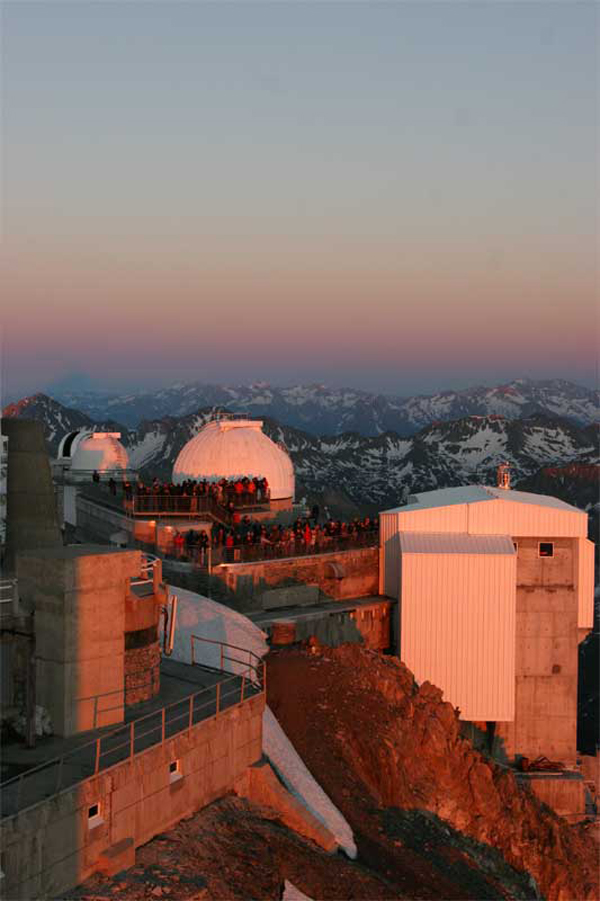 Sébastien Vauclair, the owner of La Clef des Etoiles, sent us an e-mail (in French) about that evening:

A dozen signers were present at the summit, including the high ranked local administrator. About fifty journalists attended to cover this event, with 15 of them staying for the night. The rest of the guests are local inhabitants of Pic.

The evening ended after sunset with the music of Deep Forest (Eric Mouquet) live on the terrace. That's quite something!

Thanks for the briefing Sébastien! Have fun!

NEXT: Image of Sunspots
-