NEXT: Sunspot Captured by Serge Tedesco

Jupiter, the fifth planet from the Sun and the largest planet in solar system, has been on the focus of astronomy amateurs around the world. 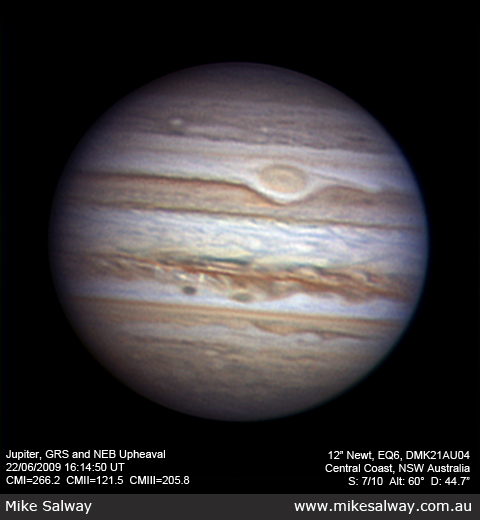 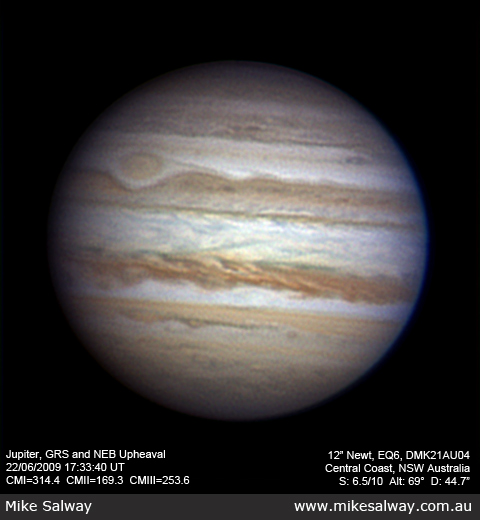 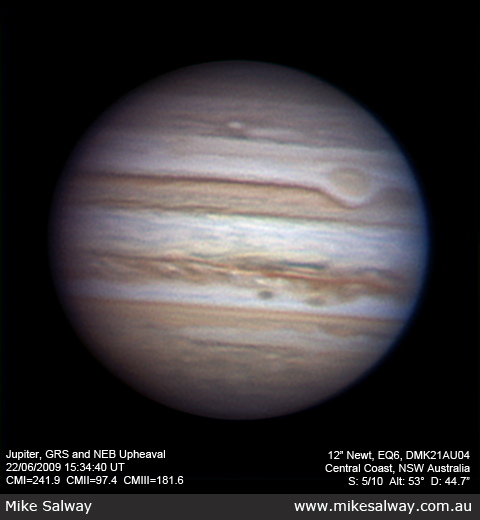 Here is what he told us about these Jupiter images:

Captured on the 23rd June (local time) [...] the Great Red Spot (quite a bit paler this year) transits across the face of the gas giant. Also visible, down lower on the NEB, is the new "NEB Upheaval" - a series of new spots and disturbances that are likely to change the look of the NEB for the remainder of the season.

NEXT: Sunspot Captured by Serge Tedesco
-