Blogged by Xiao Sun on April 28, 2009 and tagged with Sample Images, Jupiter, Sun.

When Mike Salway sent us one of his Jupiter images from the southern hemisphere, he included one more picture of Jupiter by another Australian astro-photographer, Lester Barnes. Lester does not have a website or submit his image anywhere, so Mike sent it to us on Lester's behalf.

Both images are brilliant works!

The one from Lester: 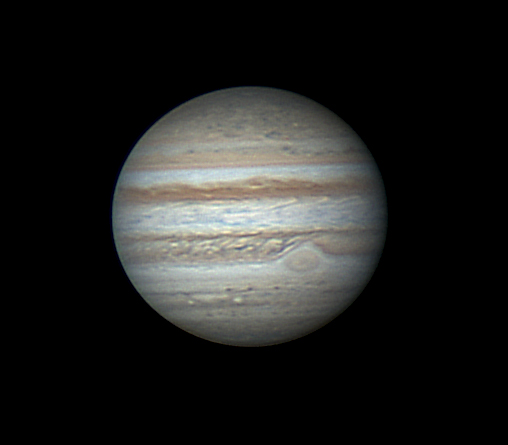 The pictures were taken with DFK 21AF04.AS camera and Meade 14″ SCT, on the 9th April local time. He used Registax 5 and AstraImage for processing. According to Mike,

it's easily the best Jupiter image captured by anyone this year so far. I can tell you it discouraged me from finishing the processing on mine!

The one from Mike: 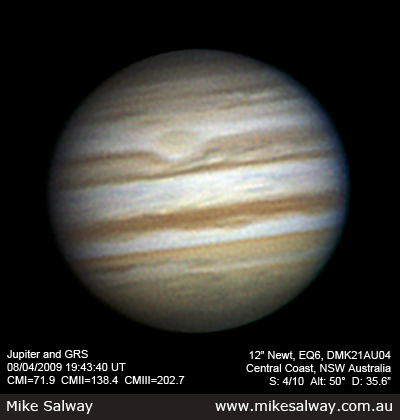 My image from this morning was captured at around 5:44am local time, and Jupiter was nice and high at 50° just before sunrise. Unfortunately the seeing still hasn't been co-operating. I captured at 30fps for 40 seconds in each channel, and used 150 frames in each channel to stack into the final RGB image.

Many thanks to you both!