NEXT: Is That a Space Walking Astronaut?

Blogged by Xiao Sun on March 23, 2009 and tagged with Sample Images, Saturn.

Roman Breisch has been observing Saturn for a certain long time. With the help of The Imaging Source astronomy camera, he was able to take some amazing pictures of this giant planet, like the one below. 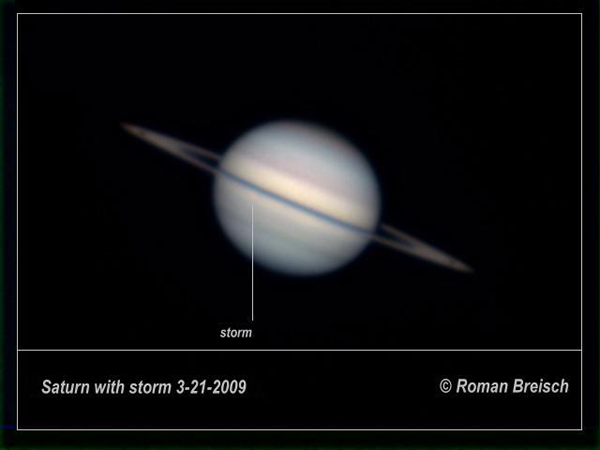 In his e-mail, he wrote the following words about this image:

I send you a picture, I have just taken tonight with one of your DMK 21AU04.AS cameras, used with a Celestron C11 and a Baader FFC at 5x.

It obviously shows a new storm on saturn. I saw it rotating with the planet on other sequenzes that I took this night, so it shouldn`t be an artefact.

The picture was taken just 30kms west of munich.

NEXT: Is That a Space Walking Astronaut?
-