NEXT: ISS Images by Laurent Langelez

This image sequence of Jupiter was taken by Mike Salway with his DMK 21AU04.AS camera in 2007. After keeping them in the hard drive for nearly two years, Mike now decides to publish these spectacular pictures and the animation with detailed technical descriptions. 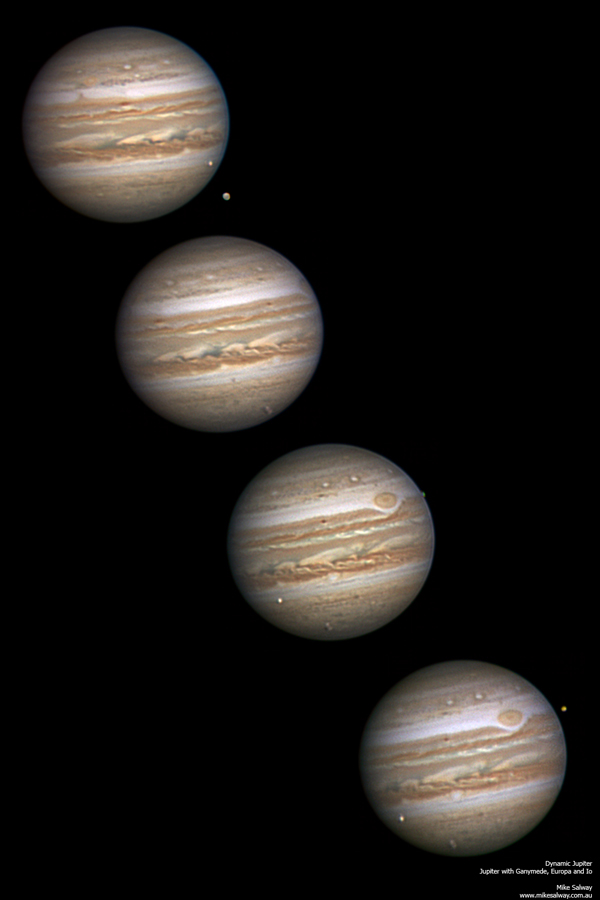 The feature image in From the Vault this week shows a *Dynamic Jupiter in Motion *with an image montage and a 21-frame animation bringing Jupiter alive and is something you must see! You can watch Ganymede and Europa
transit across the face of Jupiter, the GRS rotate into view, and the volcanic moon Io pop out from behind Jupiter in the last few frames. Albedo features on Ganymede are visible in practically every frame, including while transiting Jupiter, and icey Europa actually reveals its crescent phase while contrasted against the backdrop of the gas giant.

Please see the image and animation and read about my capture and processing, here: http://www.mikesalway.com.au/2009/01/23/from-the-vault-dynamic-jupiter-in-motion

Well done Mike! Many Thanks!

NEXT: ISS Images by Laurent Langelez
-