NEXT: Another Terrific Picture from Alberto

Blogged by Xiao Sun on January 19, 2009 and tagged with Sample Images, Moon, Saturn.

Roman Breisch, a Germany based astronomy amateur, has sent us two pictures of Saturn and its moons which he observed and photographed with DMK 21AU04.AS Astronomy Camera. 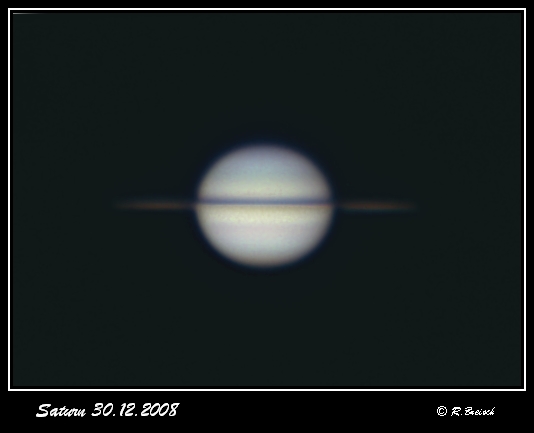 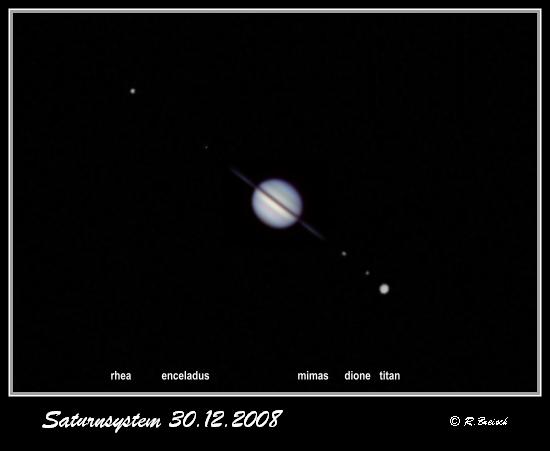 In his e-mail he wrote (in German):

I enclosed two pictures of Saturn with this e-mail, which were both taken with DMK 21AU04.AS Astronomy Camera.The image of the Saturn system was in the prime focus of my Celestron C11 Schmidt-Cassegrains, while the picture of Saturn without the moons was enlarged 5x with a Baader FFC. Each of the two images was stacked with 1000 pictures in red, green and blue in Registax 4.0 and later processedinFitswork. The Saturn system is a composition of two picture because the picture of moons were taken with different exposure time so the over-exposed planet was replaced with the correct one.

The C11 was guided on a Losmandy GM8 with a modifiedMTS3.Recording software was Lucamrecorder by Heiko Wilkens.

Thanks Roman for the great images!

NEXT: Another Terrific Picture from Alberto
-