NEXT: Another Nice Jupiter Movie

Blogged by Jonathan Maron on August 20, 2008 and tagged with Sample Images, Jupiter.

Matt Watson has just submitted a great little image of Jupiter, which he captured with a DMK 21AF04: 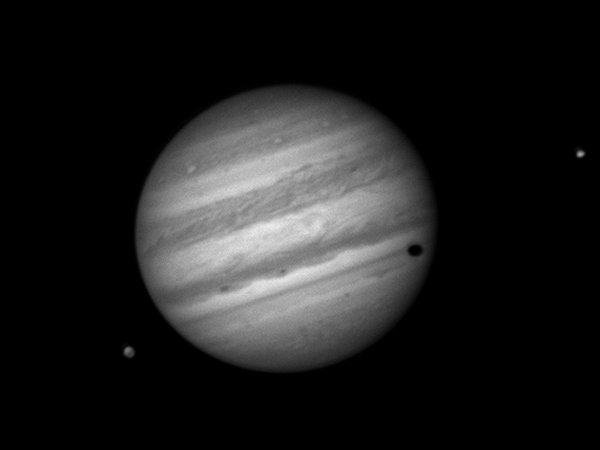 About the image, he writes:

It's been a few weeks since the seeing in Brisbane has delivered anything reasonable, but conditions looked favourable tonight, so I decided to set up. I'm happy with the detail, particularly on Ganymede at lower left. It just goes to show what the 21AF04 is capable of, even in average seeing. The shadow on Jupiter's surface is Ganymede's, while Io is at the upper right of the image. These images captured around 8.42pm (GMT +10) with the C9.25 and 3x Televue barlow. DMK 21AF04, processed in Registax 4.

Thanks, Matt, for the contribution! Keep up the good work.

NEXT: Another Nice Jupiter Movie
-