Blogged by Jonathan Maron on June 9, 2008 and tagged with Sample Images, Moon, Mosaic.

Michael Wilk is an amateur astronomer, based in Germany and one of the newest members to The Imaging Source astronomy cameras community. 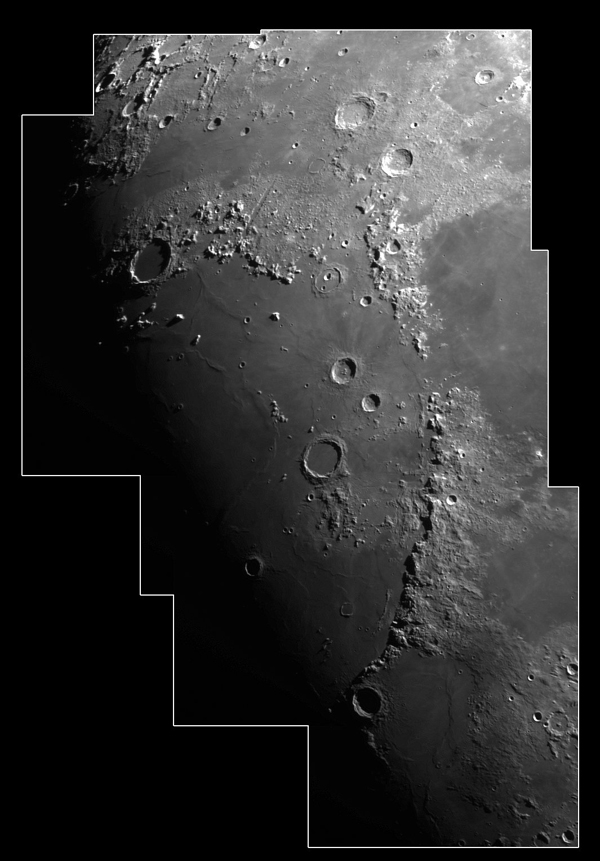 Accompanying his images, Michael discusses the hardware and software he used to capture this high resolution image.

I recently received my DMK 21AU04.AS and I really enjoy the good imaging quality as well as IC Capture.AS that makes imaging a joy. The camera had its first light on Tuesday, attached to a TAL2M, a russian made 6″ f/8 newtonian telescope. Using a Siebert OCA to obtain focus, I captured a series of seven videos, each about 500 frames long. About 350 frames of each video were used to create a mosaic of the eastern Mare Imbrium from Montes Alpes and Montes Caucasus to Montes Apenninus, from Plato, Aristoteles, Eudoxus, Cassini, Aristillus, Archimedes to Eratosthenes. I hope you like it!

A great thanks goes out to Michael for sharing this image with the rest of the community.