Blogged by Jonathan Maron on May 1, 2008 and tagged with Press, Sample Images, Moon, Sun.

A clear histogram view, which is a really useful aid in determining the optimal input levels for the camera when imaging brighter objects such as the Moon or Sun, and the full control over gain, gamma and other familiar settings using simple to understand and well laid out slider controls, will enable anyone upgrading from a ToUcam to quickly get to grips with this software in a matter of hours.

Another brilliant feature is the ROI (Region of interest) function, which allows you to crop the object being imaged (for example a planet), and avoid recording a whole lot of empty space.

In use, the wide spectral response of the Sony CCDs, peaking at around 510 nanometres, combined with their high sensitivity, turns both models into superb planetary cameras, and at this price point (£295 and £660 respectively) they simply have no rivals.

With careful use of dark frames and a good time to cool down, they are not bad deep sky cameras either. The mono ICX098BL, a chip I am familiar with from my own modified ToUcam, makes it perfect for imaging narrowband subjects such as the Sun in both hydrogen-alpha and Calcium-K light, two areas that interest me personally very much but now, at 60 frames per second, the resultant image quality I was able to achieve was noticeably better than anything I had obtained with the ToUcam. 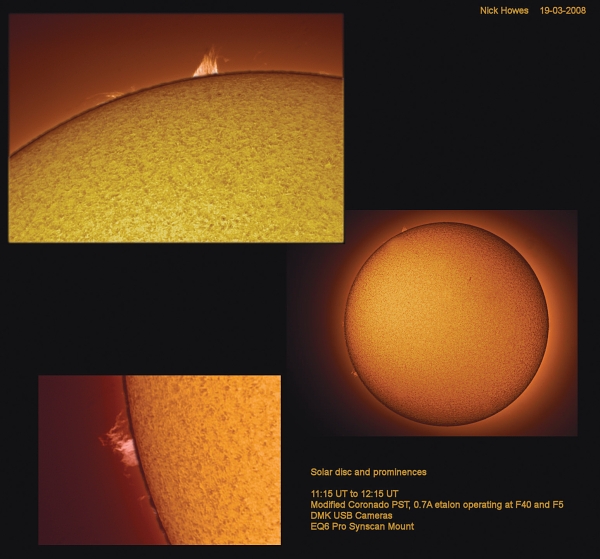 In summary, both cameras are outstanding performers.

The DMK 21AU04.AS's price point putting it well within reach of any amateur, and even the larger DMK 41AU02.AS still provides a price/performance ratio that is hard to beat.

My one and only gripe with it, and this has been a gripe with many astronomical cameras, is the relatively short length of the supplied USB 2.0 cable. Many imagers will simply find it too short for practical use, but I am aware that extending the cable length much more could introduce problems with signal drop out because of the limits in the USB specification. This is however easily rectified by getting a new cable from your nearest PC supplier, or integrating a powered hub to increase the overall length.