Blogged by Jonathan Maron on April 14, 2008 and tagged with Sample Images, Sun.

Pierre-Alain Arnaud is an amateur astronomer, who lives in a small village in Alpes de Haute-Provence (France).

Last weekend, he proudly submitted two images on the Sun, which he captured with his FireWire camera DMK 31AF03, manufactured by The Imaging Source.

The first clearly shows an active area on the Sun: 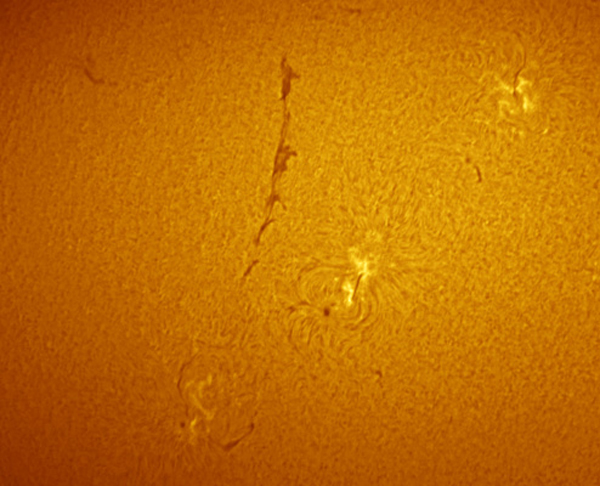 And the second, a prominence: 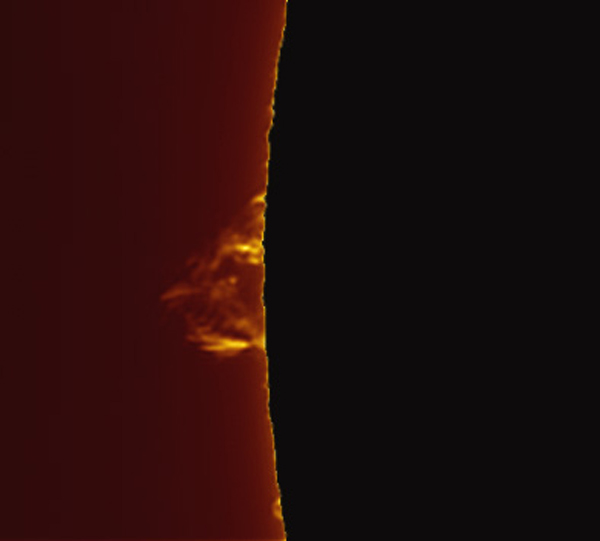 The images were captured on March 29, 2008 at 15:30, using the following hardware and software setup:

PST Coronado filters, DMK 31AF03 in ROI mode. Average prominence. The AVI was written in RGB 24, post-processed in Iris and finalized in Photoshop.

We welcome Pierre-Alain to the astronomy cameras community and look forward to receiving more of his magnificent images.