We had about an hour with moderate seeing here at the baltic sea coast in northern Germany so I could watch the transit of Venus with my 60 mm H-alpha solar scope Lunt LS60T50DS/PT. The Camera I used was a DMK 21AU618.AS by The Imaging Source. I took several videos using the supplied software IC Capture.AS 2.2. Finally just two single frames were used for the photo. One was taken for the eruptions with higher gain and the other and the other with normal gain for the details on the surface of the sun. Processing in Registax 6 was limited to selecting and copying the individual best single frames. The two frames were combined in Photoshop, this was followed by coloring of the picture. 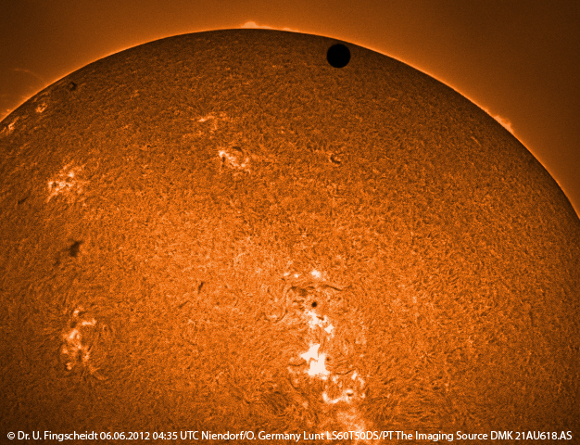