NEXT: The Imaging Source DMK 31AF03.AS vs. Meade LPI

Blogged by Aurélie Le Fort-Beunink on December 20, 2011 and tagged with Sample Images, Sun.

Image taken in a single video in which prominences ans disk spicules both of them, were recorded at the same time. That was posible thanks to the higher sensitivity and dynamical range of the DMK 21AU618.AS camera I used this time. Other cameras, used previously I got prominences or disk but not both at the same time. 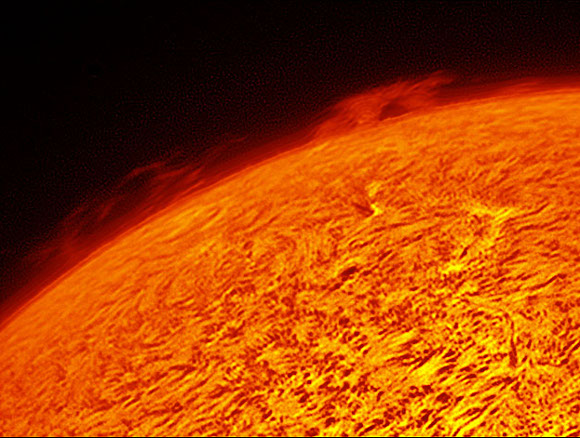