PREV: Pictures of the Moon from Germany

Blogged by Aurélie Le Fort-Beunink on December 9, 2011 and tagged with Sample Images, Jupiter.

Io is emerging from the Jupiter's disk after the transit while is casting its own shadow at the edge of the Great Red Spot. Io shows an ocher colour and some darker albedo details.

The previous night I take some pictures of Europa, Io and Ganimede using the same setup but as we had huge atmospheric turbulences I use low pass IR filters (742nm for Europa transit and 807nm for Io and Ganymede). The high sensitivity of the DMK 21AU618.AS allow me to record at high frame rate using this restrictive filters. 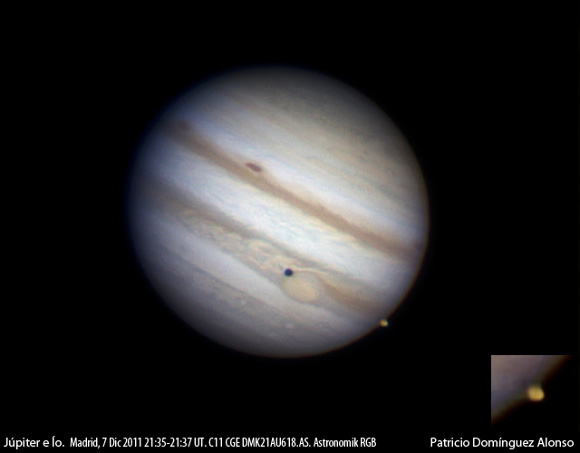 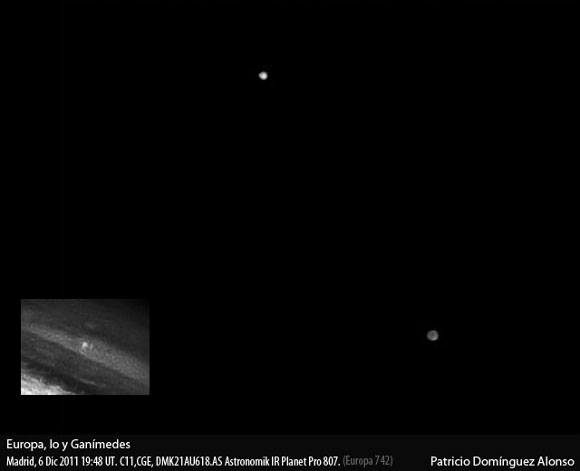 PREV: Pictures of the Moon from Germany