PREV: My Best Saturn & Moons of the Season!

Here is the e-mail of Ingmar Glass to The Imaging Source team about his brand new solar prominence animation:

[...] this animation is my best and detailled animation of a erupting prominence. I captured it on last Sunday 2011.06.05. I made it with the DMK 31AU03.AS. You will see a nearly calm standing plasma cloud on the left side and an erupting prominence who influences this cloud. I often recognized something like a solar wind which is not released by the magnetic field of the sun. It looks sometimes like a wave, andboth ends of the erupted prominence seems to rotatein a magnetic pipe. I like this numerous horizontal needles on the left side of the erupted part.

Please click on the picture to sse the whole animation: 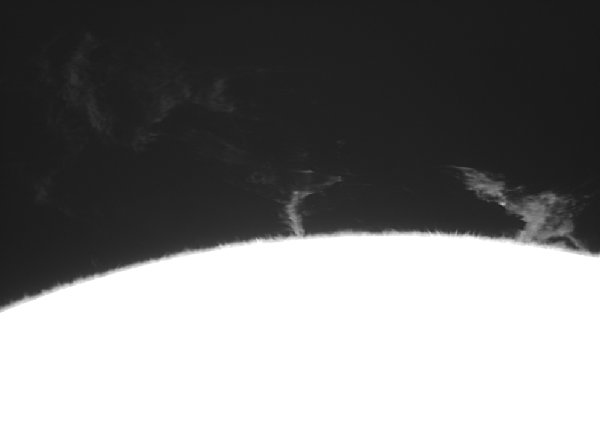 Thank to Ingmar for his animation!

PREV: My Best Saturn & Moons of the Season!