NEXT: The 12 Mega-Pixel Photo of the Moon

Jim Ferreira is a frequent contributor to our blog. On 5th of March he recorded a sequence of prominence eruption images and a full disk photo of the Sun. Jim took these stunning pictures with his DMK 21AU04.AS and DMK 41AU02.AS astronomy cameras. 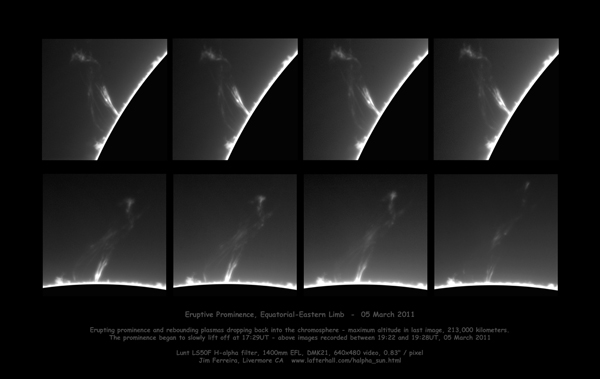 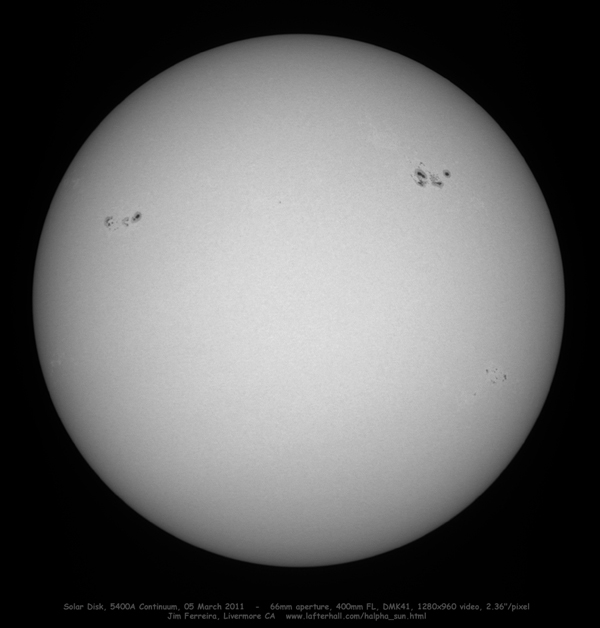 Attached is a sequence of images of an erupting solar prominence and associated rebounding prominence plasma rapidly descending into the chromosphere. The 8 images were shot over an 8 minute period, with a brief cloud passage interrupting about mid-way through (at which point I rotated the camera to capture the entire length of the still rising prominence). The sequence was shot using the DMK 21AU04.AS and Lunt LS50F H-alpha filter @ 1400mm EFL. Again, the extra sensitivity of the DMK 21AU04.AS, and in her it high resolution made it possible to record the faint ascending prominence plasma with only 50mm aperture system.