Amazing Photos of ISS and Discovery

PREV: The Moon on 10.January

NEXT: Extraordinary Animation of Solar Prominence

Amazing Photos of ISS and Discovery

Blogged by Xiao Sun on March 10, 2011 and tagged with Sample Images. 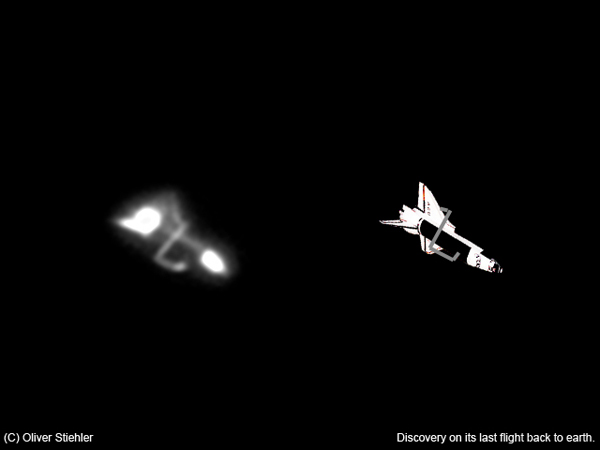 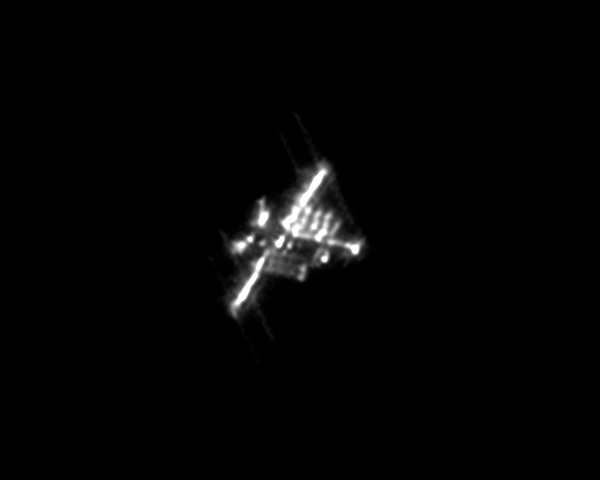 I have made a nice photo from the Discovery on its last flight back to planet earth. I will also show you a video with all centered frames of the taken video with the Discovery.

My location was "Sternwarte Burgsolms"(http://www.sternwarte-burgsolms.de/) from Germany (near Frankfurt).
There I used a 12″ Meade SC focal with a wide opened orange filter and the DMK 21AF04.AS monochrome camera. The scope was handguided with the finderscope (look to the small "gif"-file!). The camera made 60 frames per second with an exposure time of 1/900 second.

On the photo and video you see the Discovery with open hatches and a robotic arm. I think they are looking to the bottom of the shuttle to inspect the heat-protection tiles?

On the same overflight I made a short swing to the iss. There I made a second photo and video. 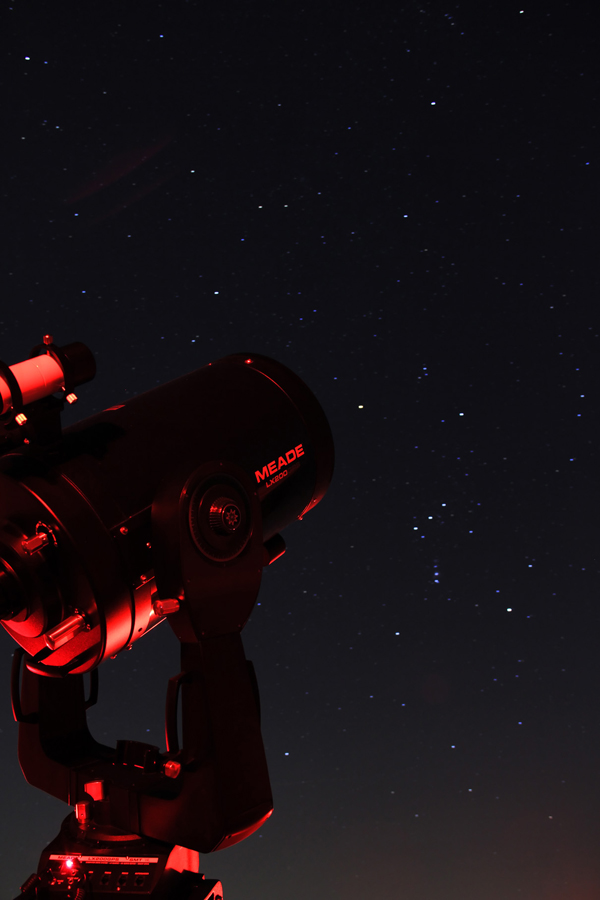 Click on the links below to download the two avi files he recorded on the same evening.

Thank you Oliver for the images! Master Piece without question!

PREV: The Moon on 10.January

NEXT: Extraordinary Animation of Solar Prominence
-