Blogged by Xiao Sun on March 7, 2011 and tagged with Sample Images, Moon, Saturn.

After staying in silence for almost a year, German astrophotographer Roman Breisch submitted a photo of Saturn last week. Roman took the photo on 01.Mar with his DMK 21AU04.AS astronomy camera. 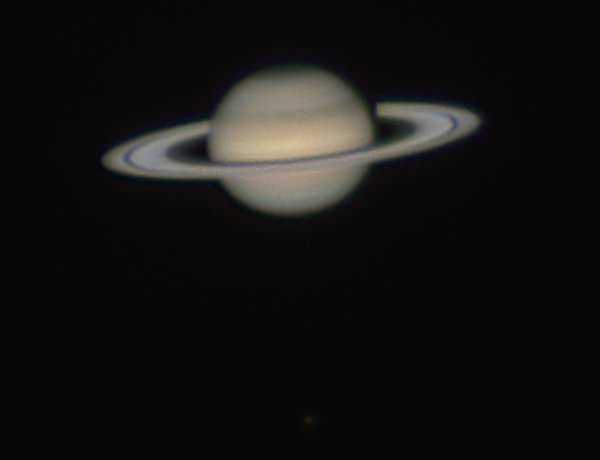 Here is his e-mail translated from German to English:

The conditions were not top-notch because of the squally east wind, but that made the outcome of image more astonishing.

You can see the moon Titan north of Saturn, lower in the photo.