More Splendid Photos of the Sun

NEXT: Saturn Photo by Roman Breisch

More Splendid Photos of the Sun

Blogged by Xiao Sun on March 4, 2011 and tagged with Sample Images, Sun.

Theo Ramakers is an astrophotographer based in Social Circle, GA, USA. For more than two years, he has been using the DMK astronomy cameras to capture many remarkable astronomy photos. Most of his pictures are about the Sun, but there are also a few focusing on ISS and planets in our Solar system.

On 02.Mar, Theo sent us two new pictures of the Sun that he took one day earlier. This time, Theo found a human face structure in the AR1164 region.

When I was examining the structure of AR1164 in an CaK image from today, I thought I saw a "one eyed singing face" in part of the region. I cropped this and applied some more blur to the stacked and sharlened image. This is the image attached, as well as the full disk images in CaK and H-alpa. The H-alpha images were taken with a SolarMax40 and the CaK with scope I was awarded with the Jon Wood Award of the Charlie Bates Astronomy Project (Solarastronomy.org). The camera in both cases was the DMK 41AU02.AS. 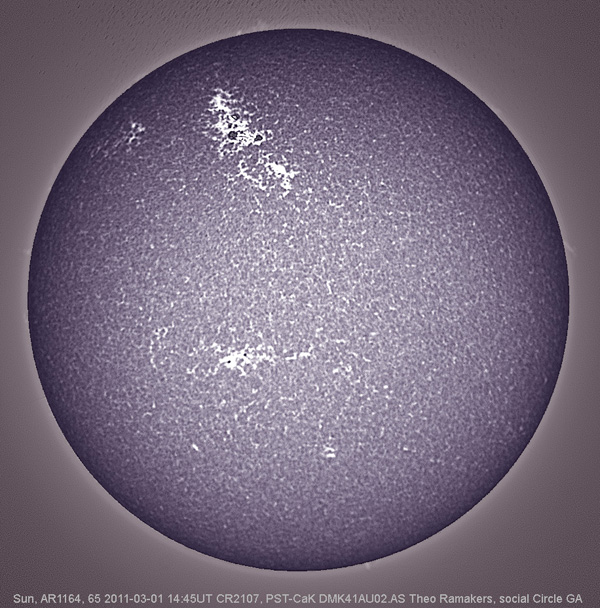 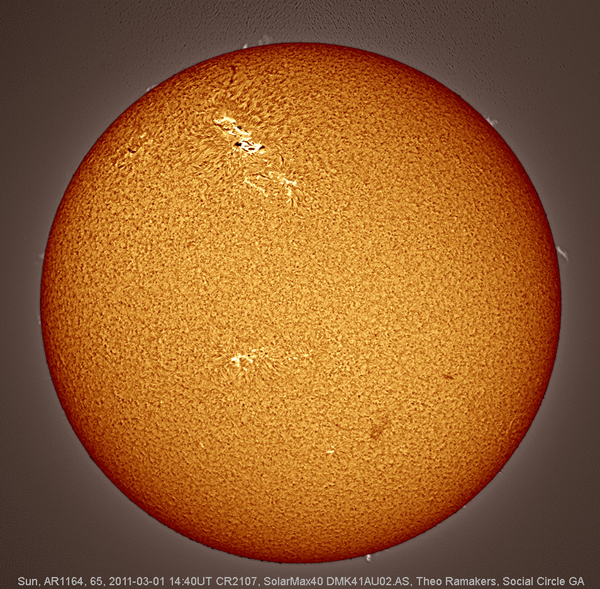 NEXT: Saturn Photo by Roman Breisch
-