NEXT: RSpec - the Real-time Spectroscopy Application

Blogged by Xiao Sun on February 9, 2011 and tagged with Sample Images, Solar Prominence.

The following three photos were submitted by Jim Ferreira, based in Livermore California. Jim captured these photos on 27.Jan with a DMK 21AU04.AS astronomy camera, manufactured by The Imaging Source. 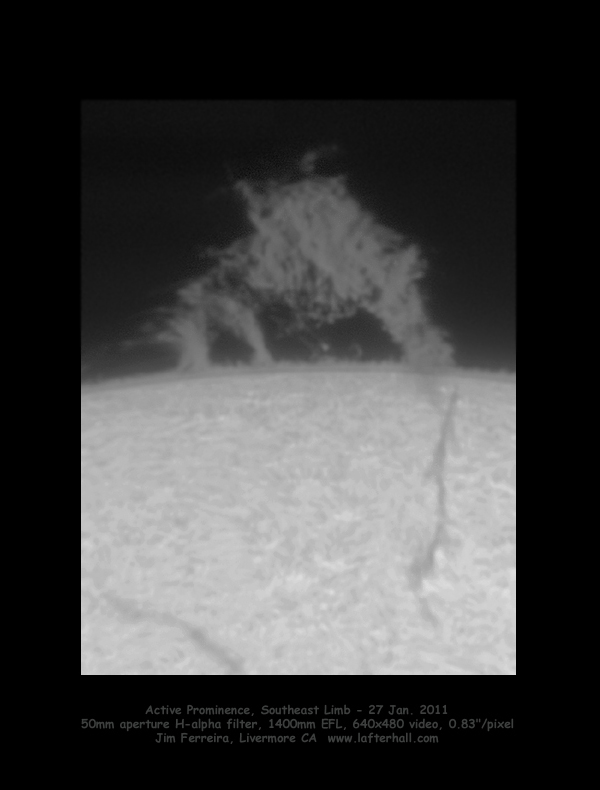 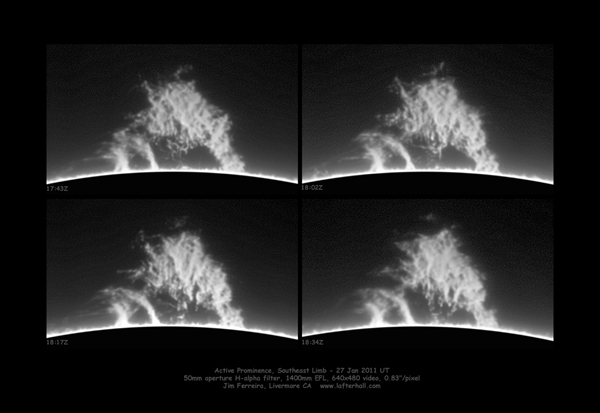 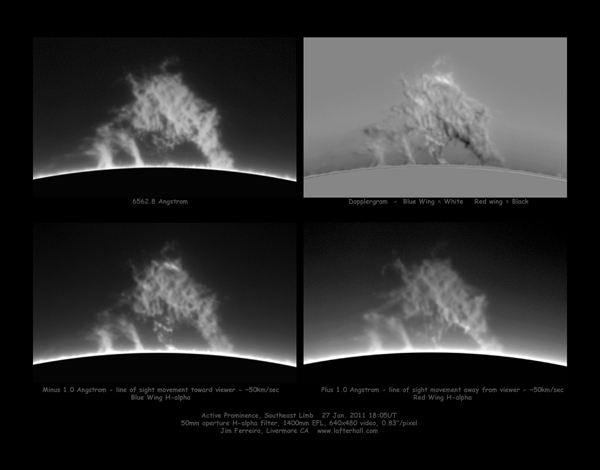 Here are some images from Jan., 27th, including a dopplergram of the massive solar prominence that developed on the southeast limb. After building steadily for several days most of the prominence lifted away, dissipating in the corona. These photos were taken about 5 hours before the prominence lifted off. Shot with a DMK 21AU04.AS using a Lunt LS50F (50mm aperture) H-alpha filter @ 1400mm EFL.

Thank you Jim! The close-up is awesome!

NEXT: RSpec - the Real-time Spectroscopy Application
-