Theo Ramakers is a frequent contributor to this blog. His photographs range from Jupiter, to Saturn, ISS, Venus, and the Sun. Most of his recent works are solar photos, such as the following four captured in late January 2011.

Theo is based in Social Circle, GA, USA. His imaging tool is a DMK 31AU03.AS astronomy camera. 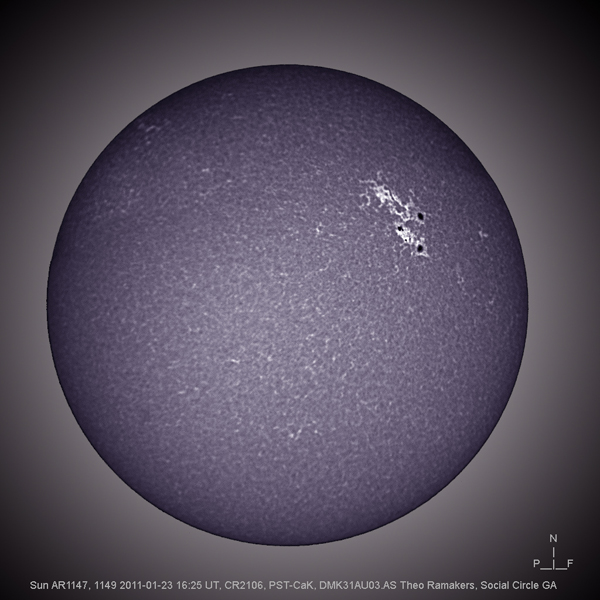 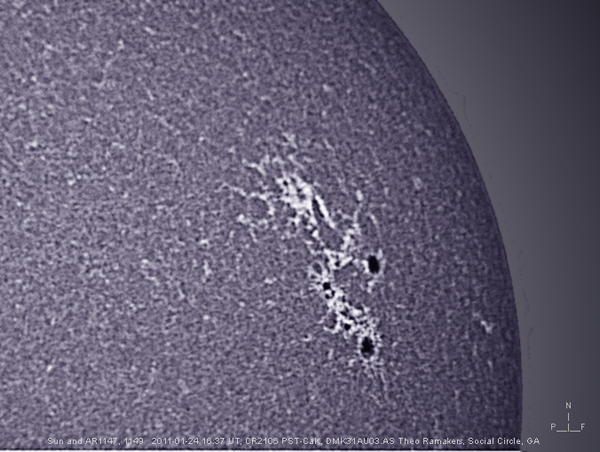 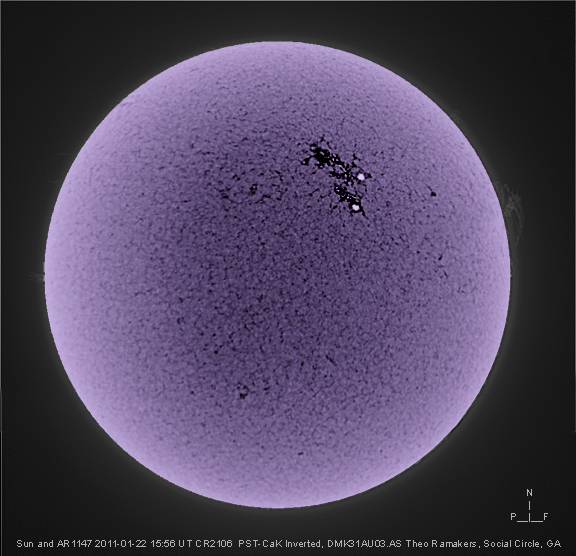 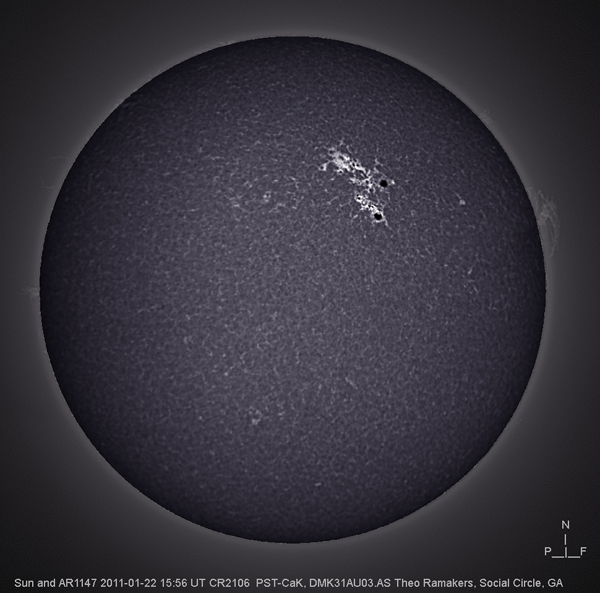 The Sun has gotten really active. AR1147 and 1149 have developed im maybe the largest spots so far this year. AR1148 however was short lived. Had the chance of imaging the sun again after a two week rain and cloudy period. All images with my PST-CaK and DMK 31AU03.AS. The whole sun images are mosaics aligned in Photoshop. The close up uses an additional Meade 140 2x barlow with a reduced lenght nose piece for the DMK.

Many thanks Theo! Remarkable photos!