Image Sequence of a Prominence Eruption

Image Sequence of a Prominence Eruption

Californian Astrophotographer Jim Ferreira has made a name for himself in this community with his H-alpha photos. On the afternoon of 28.July,2010, he photographed a complete prominence eruption process with his DMK 21AU04.AS camera. 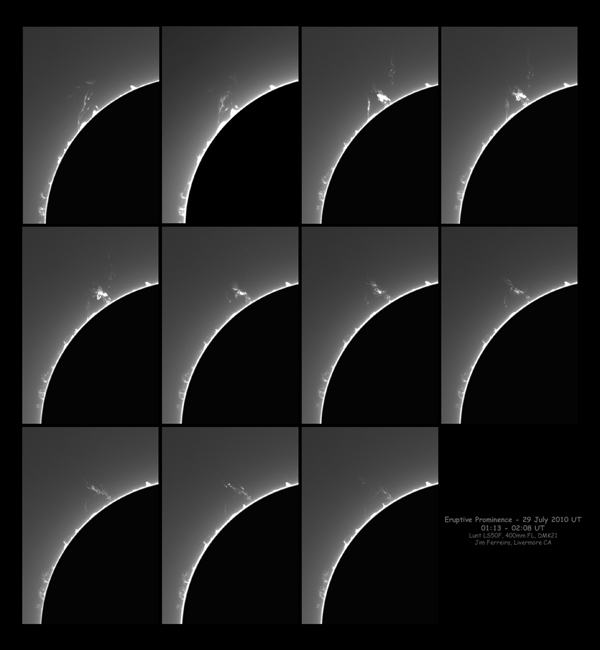 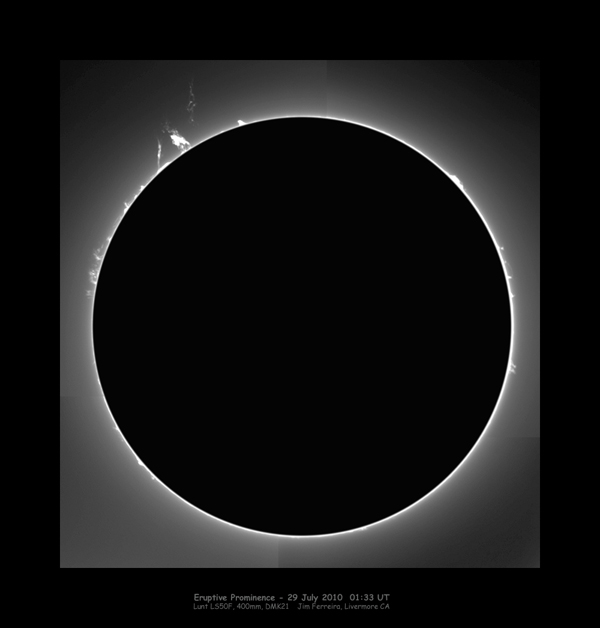 Details were included in his e-mail later that week:

Shot this late Wednesday afternoon, just before sunset. Was setting up and testing the Ha filter on a shorter FL scope when I saw this outbreak occurring. Very rapid. Of particular note were a half dozen or so very bright, very small spots that brightened and faded in less than a minute as the main plasma body dissipated - frame 8 shows a couple of the brighter spots. Lots of fireworks!