Jupiter and Its Moons

Jupiter and Its Moons

Blogged by Xiao Sun on September 4, 2009 and tagged with Sample Images, Jupiter, Moon.

Roman Peter Breisch is a German astronomy photographer. He takes all his pictures with the DMK 21AU04.AS astronomy camera. This is one of his Jupiter images from last month. 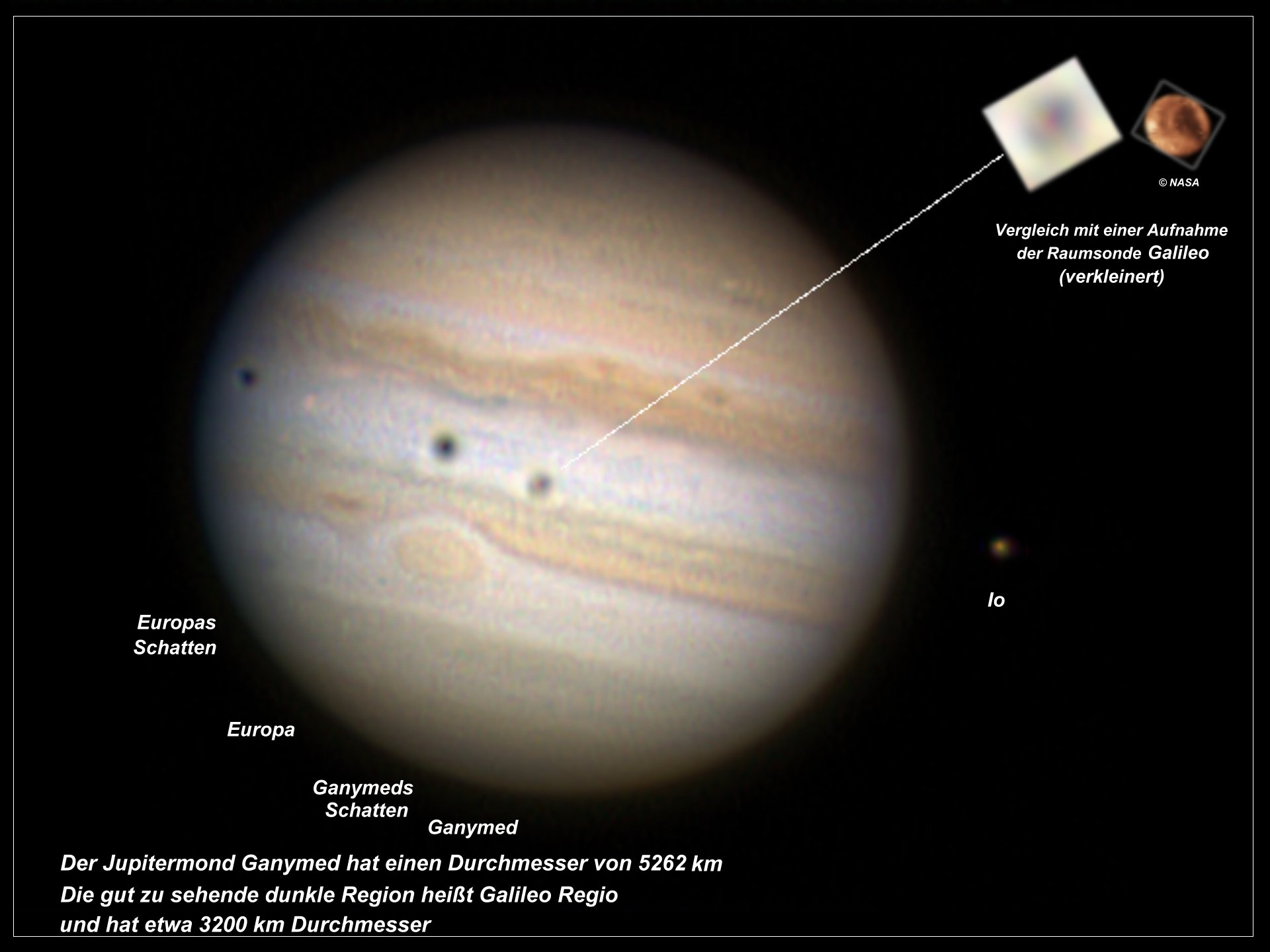 What he wrote in the picture (upper right) means

Comparison with the picture taken by Spacecraft Galileo (scaled down)

The words in the lower left corner mean that

The Jupiter's moon Ganymede has the diameter of 5262 km. The dark region which is easy to spot is called Galileo Region and is approximately 3200 km across.

And here is his mail (translated from German)