Blogged by Xiao Sun on August 10, 2009 and tagged with Sample Images, Moon, Transit.

For most of us, it does not happen that oftento capture a spaceship transiting the moon, but Roman Piffl from Bratislava, Slovakia, got two with his DMK 21AU04.AS astronomy camera on one night. 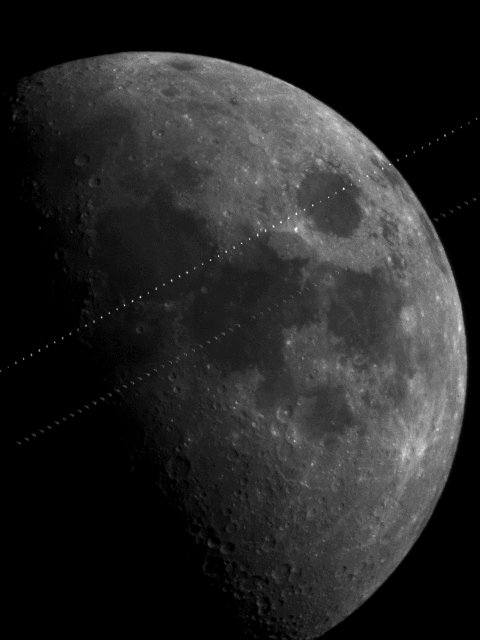 First, space shuttle Endeavour transited the Moon, followed a hundred seconds later by the International Space Station. Each crossing lasted no more than a fraction of a second, but we were able to capture them using a DMK 21AU04.AS video camera at 60 fps.

"We" refers to Tomáš Maruška and Miroslav Grnja who were assisting him, and Roman Piffl himself.

Thank you all for this extraordinary view!