PREV: Construction of Lunar Mosaic with a DMK 41AU02.AS

Blogged by Jonathan Maron on June 24, 2008 and tagged with Events, Sun.

Shevill Mathers wrote to again this week to let us know about The Antarctic Midwinter Festival, which is currently taking place in Tasmania (June 20, 2008 to June 29, 2008).

The festival celebrates Tasmania's special connection with the Antarctic, hinging around the winter solstice - the shortest day and longest night of the Antarctic year.

Presenting the Southern Cross Observatory, and of course The Imaging Source astronomy cameras, Shevill has proudly submitted a number of photos which he captured at the event. He can be seen in the left of the following photo - the gentleman who is being interviewed. 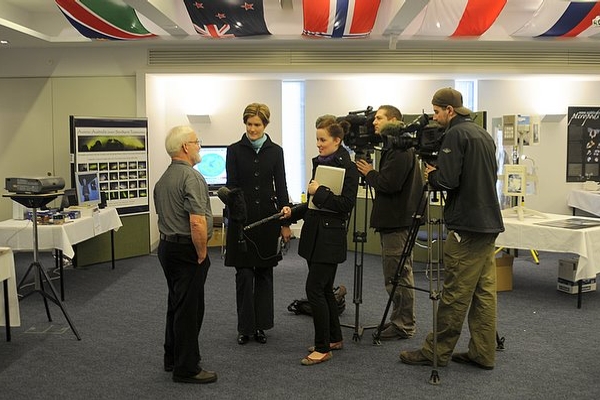 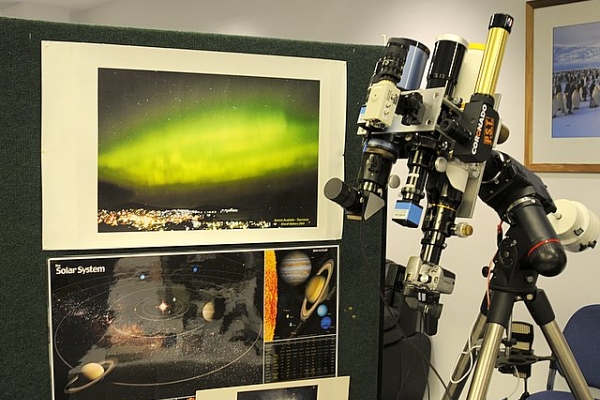 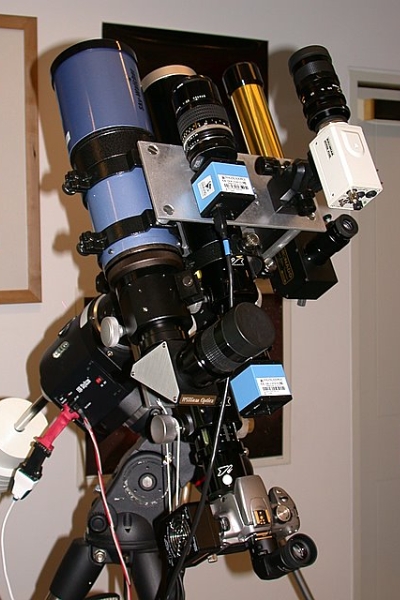 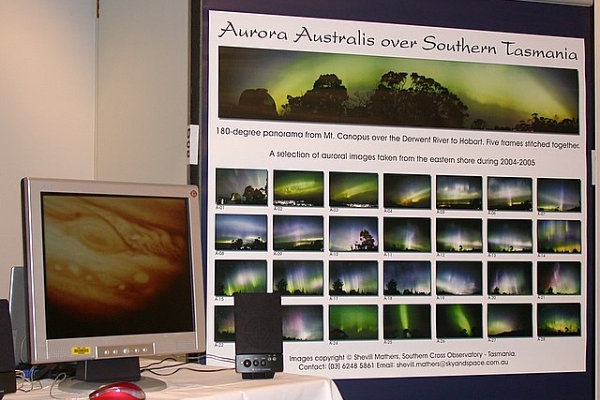 In my Southern Cross Observatory display, the auroral activity images and slide show served to illustrate how the sun and earth interact to create the spectacular displays such as we observe from southern Tasmania. The science displays were very well attended both myself and my fellow friend & astronomer, Laurie Priest, were kept busy answering the multitude of questions about auroral activity and of course telescopes and cameras. Having some of my own images on display always attracts attention when visitors realise that given the right type of equipment, they can take astro pictures themselves. A lot of interest was shown in the little square blue 'cubes' [The] Imaging Source Firewire AS Cameras. The quality and price made a big impression - and I am sure many visitors went away with some very positive thoughts on how they could get into high quality astro imaging without breaking the bank!

A great thanks goes out to Shevill, yet again, for his enthusiastic participation in the astronomy cameras community.

PREV: Construction of Lunar Mosaic with a DMK 41AU02.AS