Blogged by Jonathan Maron on June 16, 2008 and tagged with Sample Images, Sun.

Last week, we received the following images from Pierre-Alain Arnaud, an amateur astronomer about whom we have blogged previously. This time, he submitted a couple of Sun images. They were captured with a DMK 31AF03 FireWire camera. Click for the originals: 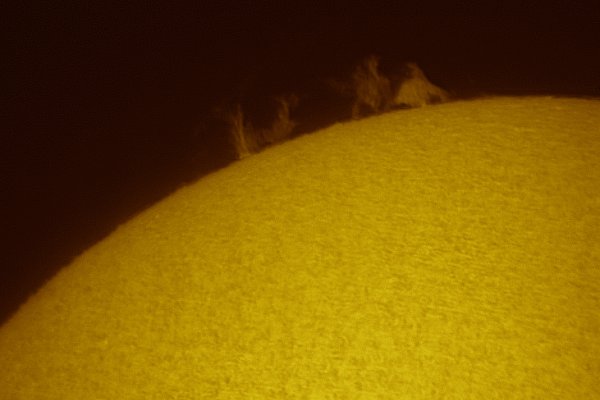 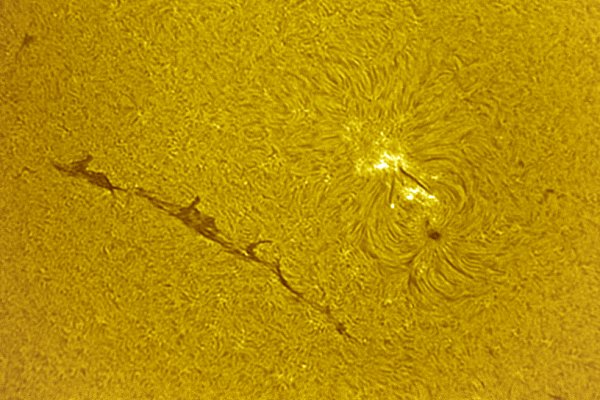 In his e-mail to The Imaging Source, Pierre-Alain wrote (translated from French):

Please find attached some more images of the Sun. They were captured with a PST, DMK 31AF03 and 2x barlow. The first image was captured on March 29, 2008 at 15:00 from Sigoyer (Alpes de Haute Provence, France). It shows a large protuberance and active zone. The second image, which was captured on February 11, 2008 shows a protuberance on a limb.

Pierre-Alain, thank for your kind words and keep up the good work.