PREV: How to Focus DMK 31 Series at Long Focal Lengths

Blogged by Jonathan Maron on March 10, 2008 and tagged with Community, Jupiter, Mars, Animation.

We have talked about Sebastian Voltmer before in this blog. He has submitted some very spectacular images, many of which he captured with his DMK 21BF04 FireWire camera.

Sebastian has been fascinated by astronomy and the universe since he was 12. What got him really started was the Jupiter Crash between July 16, 1994 and July 22, 1994 in which two dozen fragments of the Shoemaker-Levy 9 comet crashed into Jupiter, leaving a crater the size of Earth.

Sebastian has produced several DVDs, which show his work. He recently sent one of them - Mars 2005 - Mars-Aufnahmen von Sebastian Voltmer - to us for review.

The images and videos on the DVD were captured with a DMK 21BF04 FireWire camera. 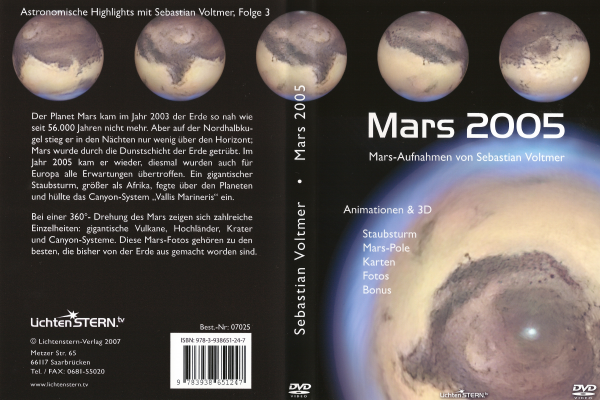 On the back sleeve of the DVD, Sebastian writes the following (translated from German):

In 2003, Mars came the closest to the Earth than it has been for 56,000 years. In the northern hemisphere of the Earth, however, the planet rose only barely above the horizon. The view of Mars from the Earth was obscured due to a layer of dust. In 2005, Mars was again in opposition, but this time, clearly visible from the Earth - exceeding all expectations. A massive dust storm, larger than Africa, blew over the planet and filled in the canyon system "Vallis Marineris".

By rotating Mars through 360°, it is possible to seem many of its features: gigantic volcanoes, uplands, craters and canyon systems. These Mars photos include some of the best, which have ever been shot from the Earth.

The DVD itself is a collection of videos of Mars, animations and a number of static photos. All the images are very clearly labeled and accompanied by a trance sound track. There is even one animation in 3D, which can be admired with the included 3D glasses.

To give you a taste of what the DVD contains, take a look at the following screenshots (click for full resolution): 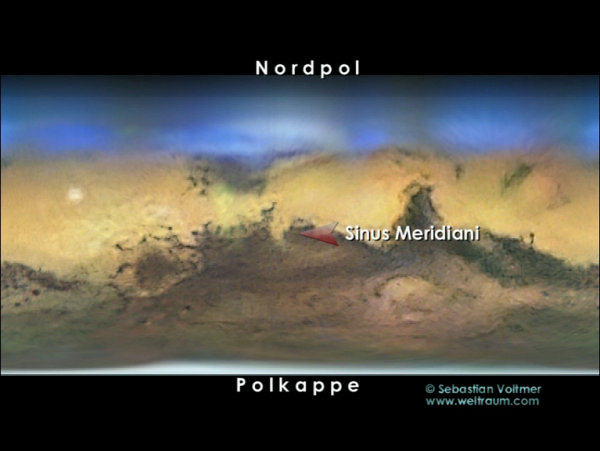 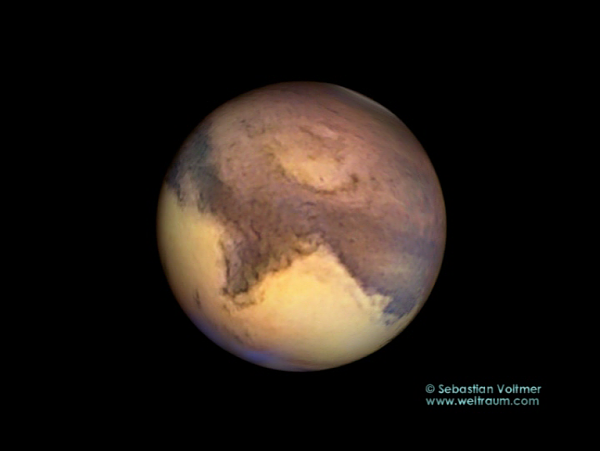 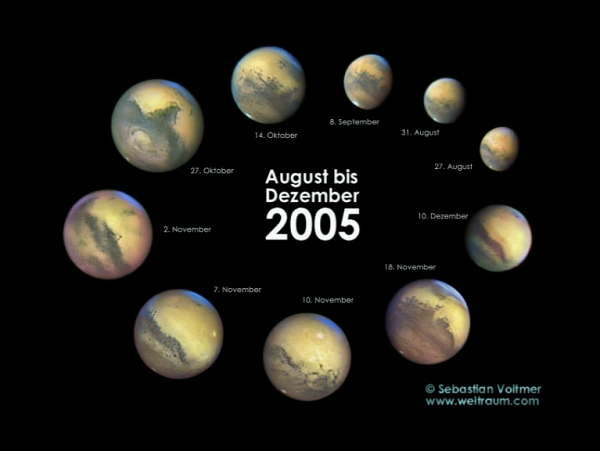 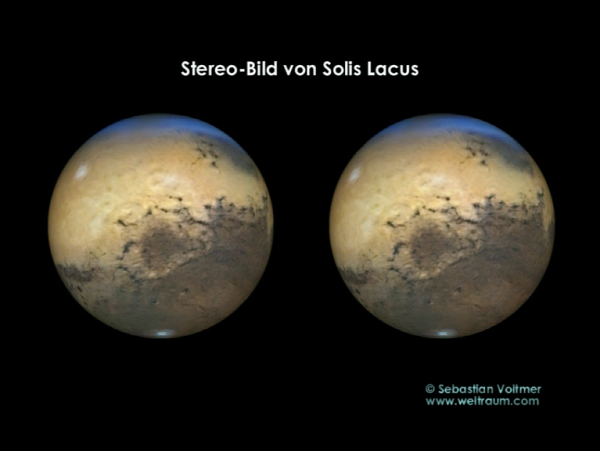 Scroll down to Mars 2005 - 3D-Ani (DVD-Video) and enter 1 into the quantity box to the right. You can enter your payment and shipping details at the bottom of the form. Alternatively, just write to Sebastian at sebastian[AT]voltmer.de and he will help you further.

We thank you, Sebastian, for the DVD!

If any other members of the astronomy cameras community have produced such a DVD, using The Imaging Source cameras, please contact us. We would be delighted to feature it in this blog.

PREV: How to Focus DMK 31 Series at Long Focal Lengths