Blogged by Jonathan Maron on February 28, 2008 and tagged with Sample Images, Mars.

Last week, Didier Favre sent us a series of images, which show the opposition of Mars. The images were captured in December 2007. The next time that Mars is in opposition will be on nine years.

This series was captured over four days (December 18, 2007 to December 23, 2007). Didier used a Clavius 166 telescope and his monochrome astronomy camera DMK 31AF03.AS. The cameras was set to capture 15 images per second.

Below is the composite image that Didier sent us. Click for the original, annotated image: 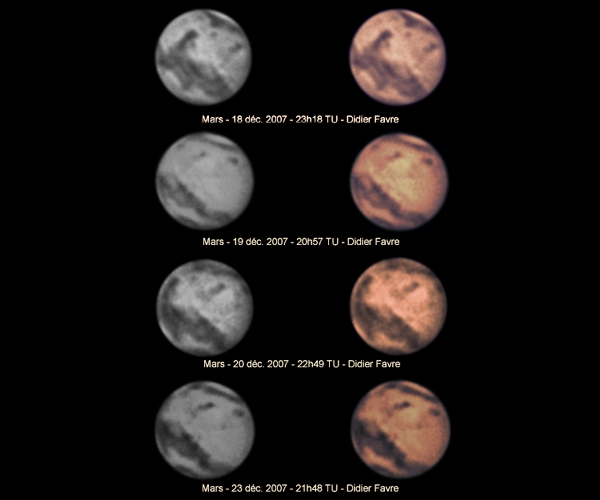 Thank you Didier for this great series of images.