PREV: Mars Furthers... but the Images Keep on Coming!

Blogged by Jonathan Maron on February 23, 2008 and tagged with Sample Images.

Silvia Kowollik, one of the winners of our astronomy cameras competition sent in the following deep sky image. It was captured with the camera that she won. 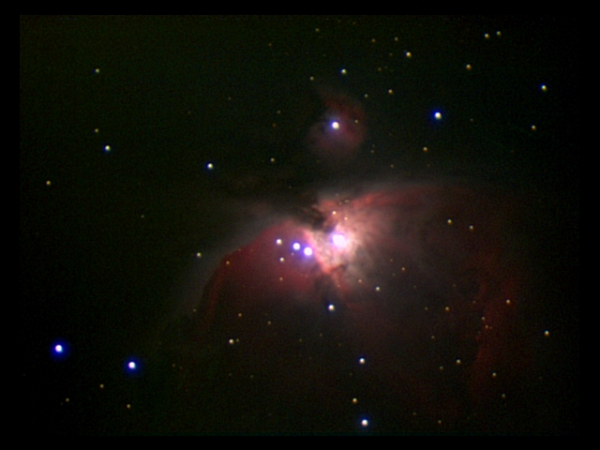 Accompanying her e-mail, she added the following (translated from German):

On Tuesday evening, I was able to capture my first deep sky object using a color filter, from my balcony. The image is of the Orion Nebula (Messier 42, M42, or NGC 1976) and was captured with a DMK 21AF04.AS and Astronomik color filter. I own a small Fraunhofer refractor telescope (100/500) and have reduced the focal length to 287mm, using a Shapley lens and 5mm spacing ring. I was thus able to image the entire nebula.

I am very happy with the camera. I would never have thought that using such a short exposure time it would have been possible to get so much detailed information onto the CCD.

A great thanks go out to Silvia for this spectacular image.

PREV: Mars Furthers... but the Images Keep on Coming!