Blogged by Jonathan Maron on January 31, 2008 and tagged with Community, Sample Images.

Sébastien Kersten is an amateur astronomer, who lives in Brussels in Belgium. His web site, Astropixel.org, offers a large number of deep sky and planetary images, in addition to a comprehensive archive of articles, which originate from his observations in the observatory in Izana on Tenerife.

On his web site, Sébastien talks about his motivation for the site's creation. The following has been translated from French:

The reason that I created the site was to allow you to see my astronomy photographs (deep sky and planetary). I wanted to show my web site visitors my personal view of the night sky and the beauty of the space that surrounds our planet. Regardless of how the images were captured, whether it be with a web camera, a CCD camera, digital or analog camera, I hope that my site motivates you to explore the universe.

Sébastien captured the following image in July 2007 in Cocq, Belgium. He used the DMK 31AF03 FireWire camera, manufactured by The Imaging Source. 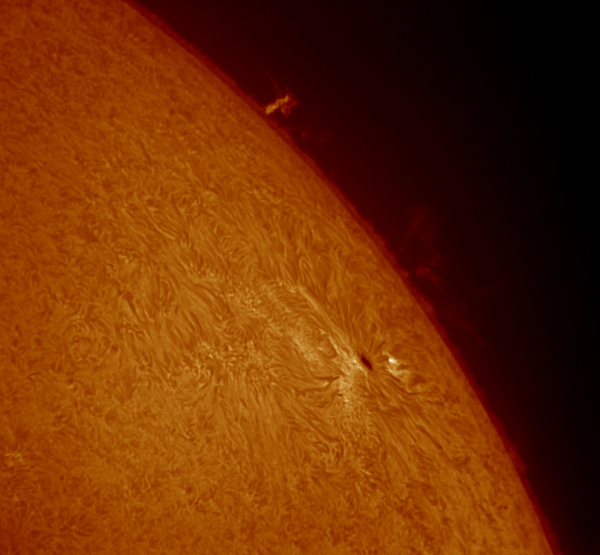 As ever, a great thanks goes out to Sébastien for sharing this amazing image with the astronomy cameras community!