PREV: DMK 31AF03.AS Used for 'Astronomy Picture of the Day'

We have recently received a report from Wolfgang Paech on his trip to Rooisand Desert Ranch in Namibia. The original report, which he submitted in German, can be downloaded as a PDF file. Below is a translation into English for our world-wide audience: 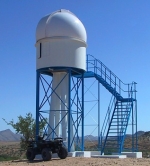 In the Summer of 2007, I have the great opportunity of spending three months observing at the Rooisand Desert Ranch in Namibia.

With me were two cameras, manufactured by The Imaging Source, namely one DMK 31AF03.AS and one DBK 21AF04.AS.

Using the telescopes at the Rooisand Desert Ranch I was able to capture approaching one terabyte of raw video data. I captured Venus, Saturn, Jupiter, the Moon and several deep sky objects with the camera control software IC Capture.AS.

During my entire stay at the ranch the operating system did not crash once, nor were there any problems or bugs in IC Capture.AS. The camera control software is very simple to use. Furthermore, both cameras fell from a height of around one meter onto the hard, concrete floor of the observatory. Both cameras survived the fall completely unscathed. The right angle orientation of the CCD chip to the camera mount also remained unchanged.

The cameras, from a mechanical and electronic point of view, and the camera control software IC Capture.AS are - in my opinion - perfectly developed mass market products. They are ideal for amateur astronomers who are looking to start out in astro-imaging and who immediately want to achieve professional looking results.

I have included (see below) a composite image of post-acquisition processed images of Jupiter. They were captured over a period of three months. All raw data were captured with the DBK 21AF04.AS, using automatic white balance. Post processing was in Photoshop, in which a moderate color correction was performed in order to normalize the color differences between the singular images. 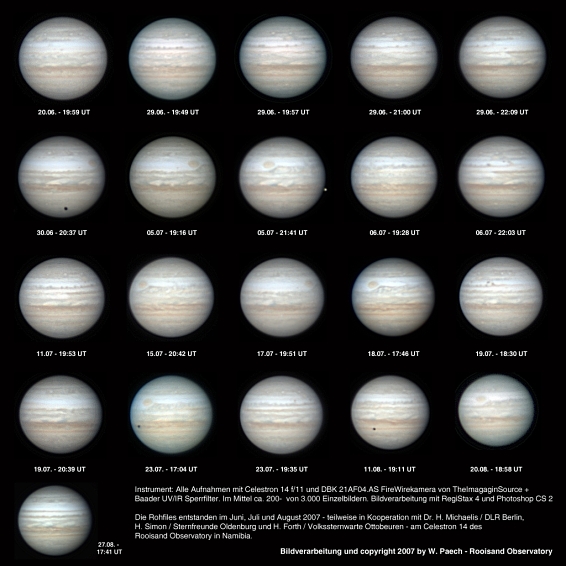 PREV: DMK 31AF03.AS Used for 'Astronomy Picture of the Day'