Blogged by Aurélie Le Fort-Beunink on March 26, 2013 and tagged with Sample Images, Sun.

Here are a couple temporal studies from 11 March 2013 of an activated prominence on the eastern limb and a quiescent polar crown prominence on the southwestern limb. Relatively good seeing allowed quite a bit of fine structure to be recorded at 2.5ms shutter speed @ 60 frames / second with a 100mm aperture refractor, Daystar 0.8A H-alpha ION filter and DMK 21AU618.AS. The time-lapse animation of the quiescent prominences covers 40 minutes. 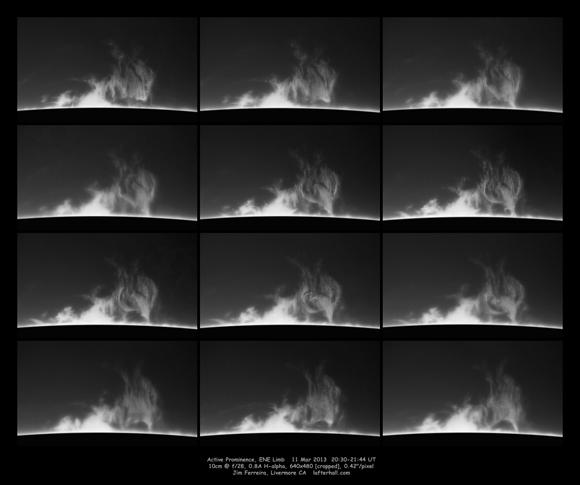 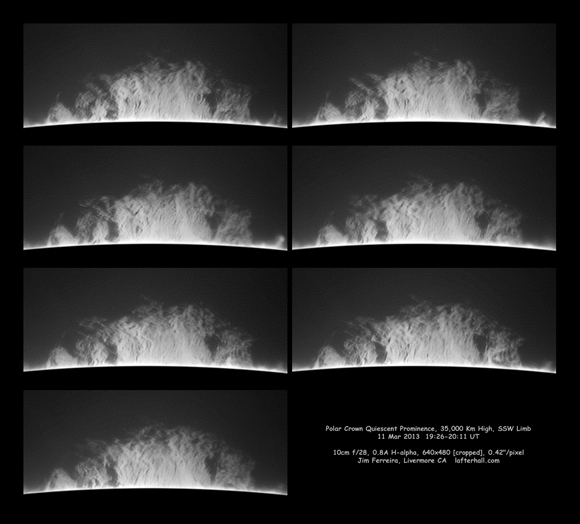