NEXT: Jupiter Captured in France with DMK 21AU04.AS

Blogged by Aurélie Le Fort-Beunink on February 21, 2012 and tagged with Sample Images, Venus.

I just catch the rare venus's clouds in UV light with the The Imaging Source DMK 21AU618.AS, perfect for UV light!

It's so hard to image venus's clouds with a UV filter cause this filter is so dark for normal cameras, but this DMK 21AU618.AS is the best ever tried in UV light. 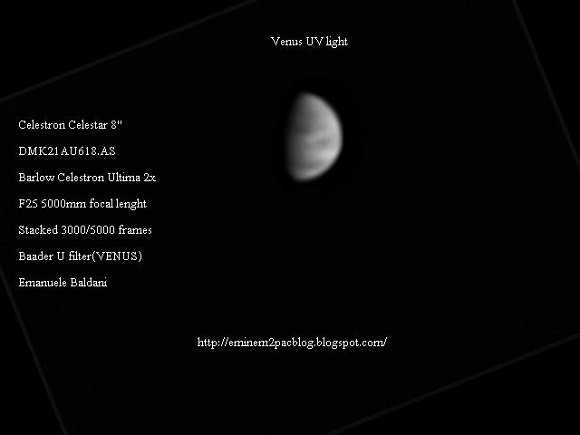 NEXT: Jupiter Captured in France with DMK 21AU04.AS
-