PREV: Another Jupiter by John Earl

NEXT: Jupiter by Daniel Chang

Blogged by Aurélie Le Fort-Beunink on November 11, 2011 and tagged with Sample Images, Jupiter.

On October the 23th I got pretty good seeing for testing the new camera generation with Sony ICX618. It was really amazing to see the better sensitivity of the new chip. The first image is made from true RGB data. In the second image I have mixed up the luminance channel with 25% of a RG645 filter. It shows a detailed view on the GRF an the colorful clouds meandering behind. 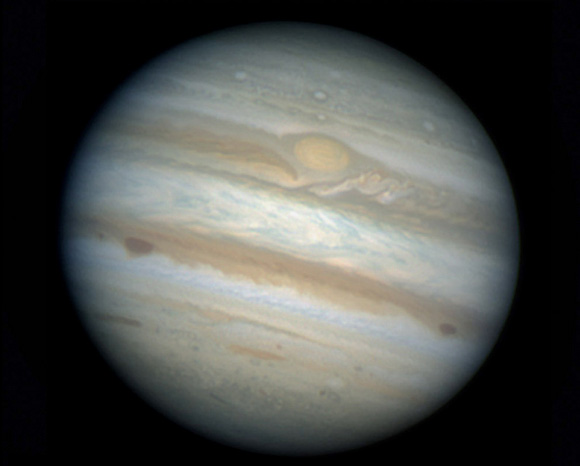 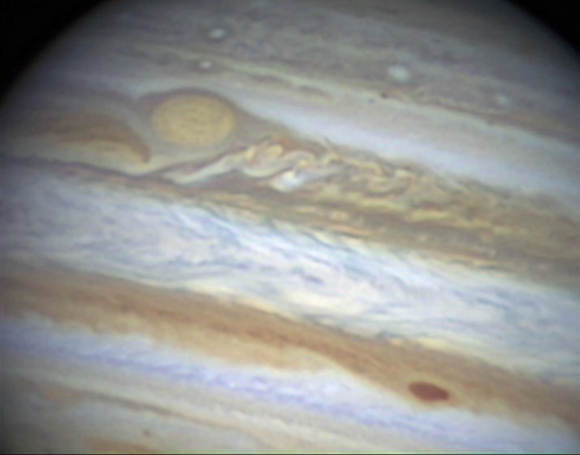 PREV: Another Jupiter by John Earl

NEXT: Jupiter by Daniel Chang
-