PREV: Picture of the Sun from Singapore

NEXT: Last Quarter Moon Image with a DBK 41AU02.AS

Temperatures are still high (93).But skies were a little better. Today I imaged a whole disk solar image and a close up of AR1254 with some real nice prominences and AR1259.Both closeups are presented in normal and inverted brightness processing.

For the full disk image I captured two images, each 300 frames with a gamma of 42, exposure time 1/455 sec, and the gain at its default 260 for the surface image, and the gamma was raised to 177 for the prominence image.

Each image captured 300 frames of which the best 200 were stacked and sharpened in Registax and final processing in Photoshop. 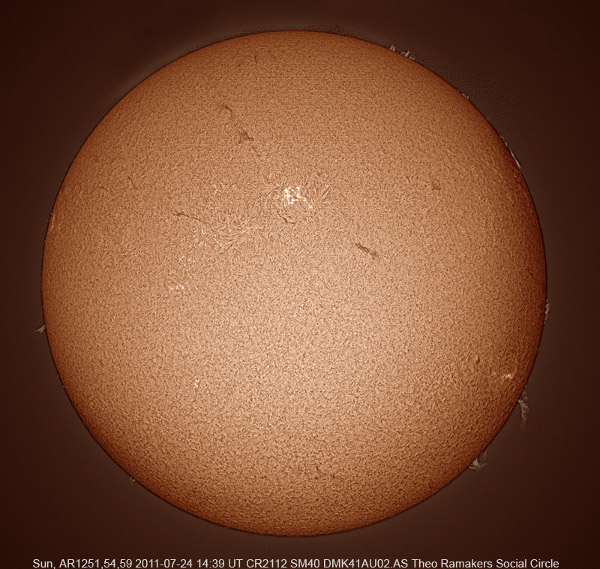 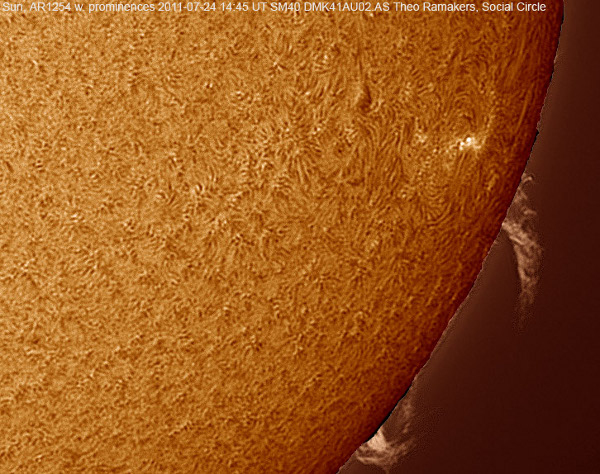 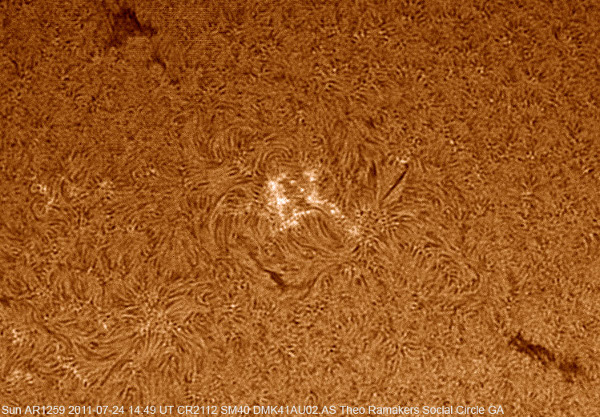 PREV: Picture of the Sun from Singapore