The Sun in H-Alpha

NEXT: Saturn Photo from Queensland Australia

The Sun in H-Alpha

Blogged by Xiao Sun on May 9, 2011 and tagged with Sample Images, Sun.

John Chumack started using DMK 21AF04.AS astronomy camera since 2007. Over the past four years he has never stopped sharing his fine astronomical images with this community.

Last week John sent the following pictures of the Sun in H-Alpha. Both of them were captured on 04-14-2011 from his backyard observatory in Dayton, Ohio USA. 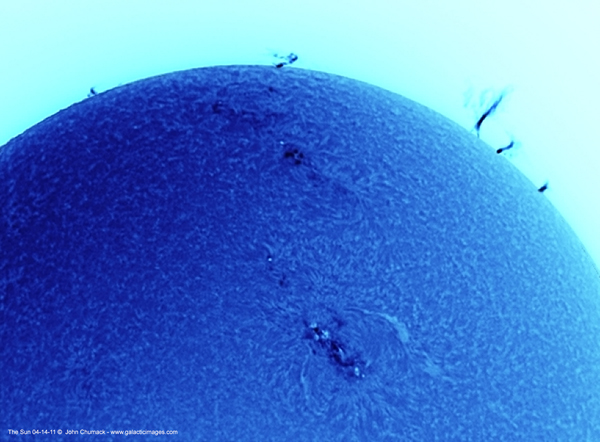 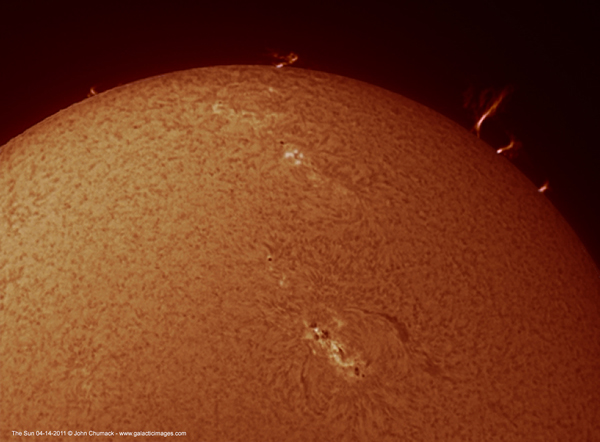 Many thanks to John! Good job!

NEXT: Saturn Photo from Queensland Australia
-