Photographs of the Sun

NEXT: Back from AstroFest 2010 Italy

Photographs of the Sun

Blogged by Xiao Sun on November 15, 2010 and tagged with Sample Images, Mosaic, Sun.

Theo Ramakers and Frank Garner are frequent contributors to this blog. They have been able to make most of DMK astronomy cameras and taken many splendid solar and planetary pictures. The following ones were captured and made earlier this month. 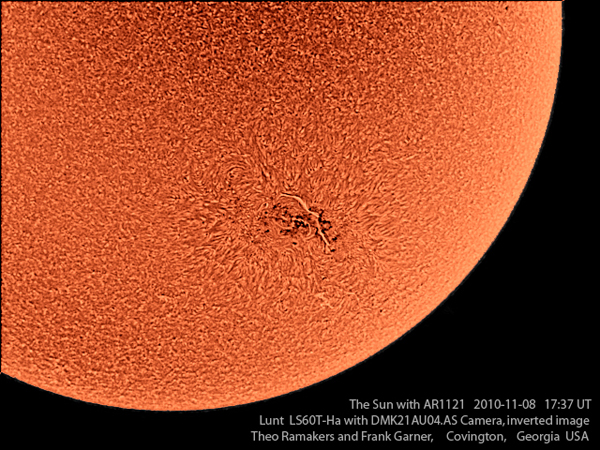 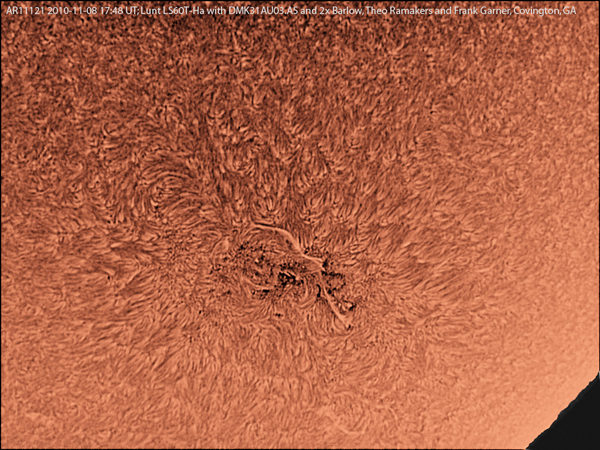 The first one with the DMK 21AU04.AS, the second one a close up of active Region AR11121 taken with the DMK 31AU03.AS. Both taken by Frank and me on November 8th. Both images have been processed showing inverted brightness giving it an unusual and dramatic effect. 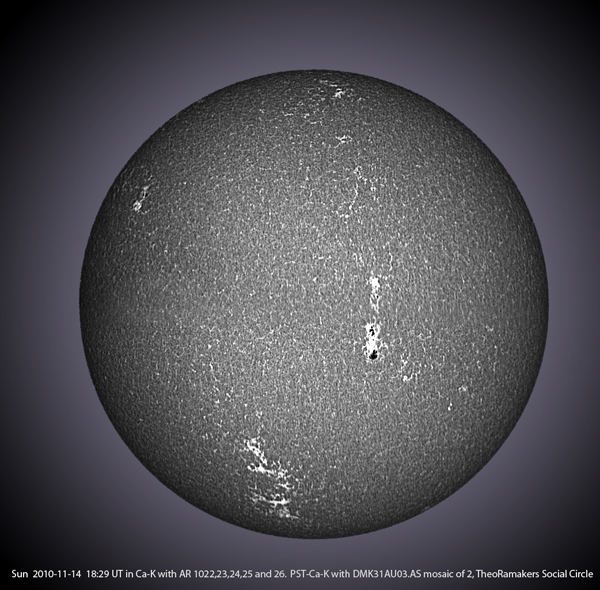 This time without the ISS, taken with a PST-CaK solar scope and a Lunt LS60T-Ha. The PST and the DMK 31AU03.AS cover about 80% of the hight of the sun, so in order to capture this image, it is a 2 image mosaic aligned in Photoshop. I have experimented with how to present H-alpha and Calcium-K images and found that an inverted colored image works good for Ha and a black and white image with a blue halo (giving it a little "native" blue impression) works good for CaK. Both images were taken with the DMK 31AU03.AS.

Marvelous pictures Theo! Many Thanks to you and Frank!