NEXT: Mars and Jupiter

Blogged by Xiao Sun on October 26, 2010 and tagged with Sample Images, Jupiter, Saturn.

Originally a low-mass star, the Saturn Nebula transformed into a bright white dwarf star with magnitude of 11.5. It was named from its resemblance to the planet Saturn with the rings. It is also known as NGC 7009.

Here is a photo of Saturn Nebula made by Ralph Ford, an amateur astronomer from California. Over the past a few years, Ralph has made many deep sky and planetary images with his DMK 21AU04.AS astronomy camera. 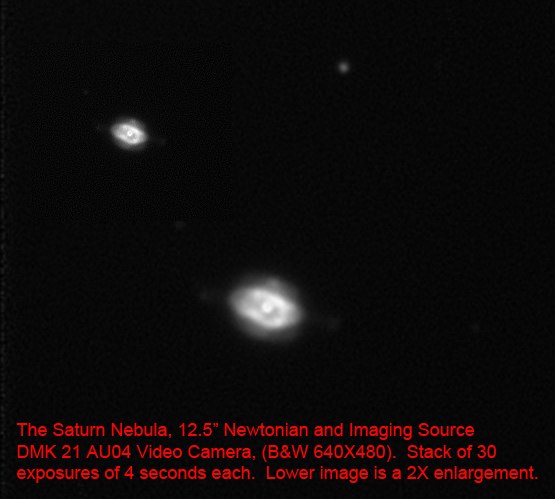 He also sent us a mono picture of Jupiter which he took this photo on 23rd of October, 2010. 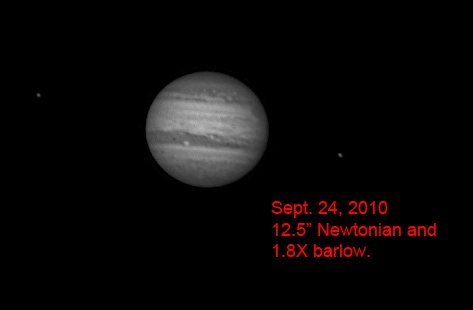 Here is what he said in e-mail:

I have been using your DMK 21AU04.AS camera for a couple of years now. I am pleased with the performance and durability. I am enclosing 2 photos. The first is the Saturn Nebula. This image was made from 4 second exposures and a stack of 30 frames. The second image is a stack of about 1500 frames. Both images were made with a 12.5″ F/4.8 Newtonian telescope.

NEXT: Mars and Jupiter
-