PREV: Jupiter and Its Satellites

NEXT: Beautiful Photo of Jupiter and Io

When I opened mailbox this morning I was amazed by a Jupiter animation sent by Emanuele Baldani.﻿ The animation consists of steady and continuous frames that cover an interval of 2 hours 40 minutes. Emanuele shot the images in Roma Italia on 15.09, 2010.

You can open the gif by clicking the screen shot below. It might take a few seconds since the file is as big as 2.5 MB. 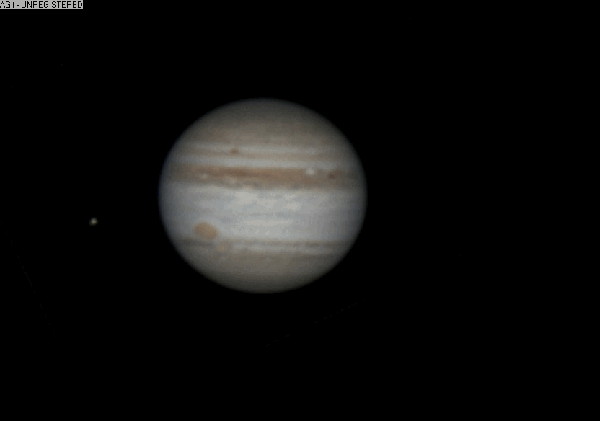 I want to submit this animated gif of the rotation of Jupiter + GRS + Europa moon.

The best thing is the sensibility of the DBK camera that allowed me to get these avis quickly and quite good!

PREV: Jupiter and Its Satellites

NEXT: Beautiful Photo of Jupiter and Io
-